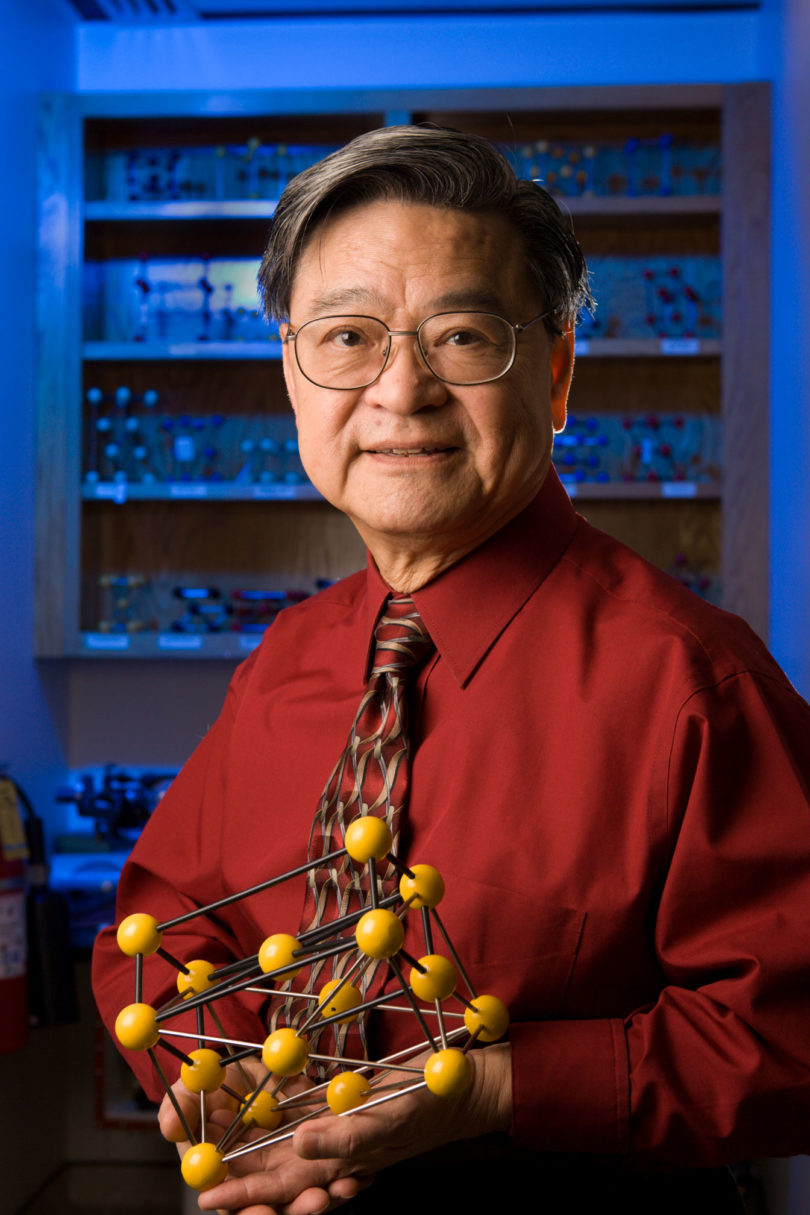 B.C. Wang, the Ramsey-Georgia Research Alliance Eminent Scholar in Structural Biology at UGA, and four UGA colleagues have received a $1.47 million award for the purchase of a next-generation, high-speed X-ray detector. The new equipment, funded by the National Institutes of Health, will be housed at the UGA-operated Southeast Regional Collaborative Access Team research facility located at the Advanced Photon Source, Argonne National Laboratory, outside of Chicago.

Wang is the founding director of SER-CAT, a consortium of more than 100 research groups from 25 institutions spanning 14 states that studies the molecular structures of proteins, DNA, RNA and viruses. He also is head of the Georgia X-Ray Crystallography Laboratory at UGA, an advanced academic X-ray crystallography laboratory for home-based research activities.

John Rose is an associate professor and John Chrzas, James Fait and John Gonczy are research scientists in the department of biochemistry and molecular biology.

Since 1999, UGA has received more than $35 million in funding to construct and operate the SER-CAT facility, for which Wang serves as principal investigator. Funded mainly through its member institutions, SER-CAT has also committed $423,000 towards the $1.9 million detector upgrade and associated hardware. The Advanced Photon Source, operated by the U.S. Department of Energy, hosts more than 30 research facilities including SER-CAT and provides the nation’s most intense X-ray source for academic and industrial research. Approximately 5,000 scientists from around the world use APS X-rays annually.

“The new fast-area detector will optimize our premier facility, enabling us to do more effective data collection on weakly diffracting micro crystals,” said Wang. “The 22ID beamline operated by SER-CAT is one of the world’s most productive facilities for macromolecular crystallography.”