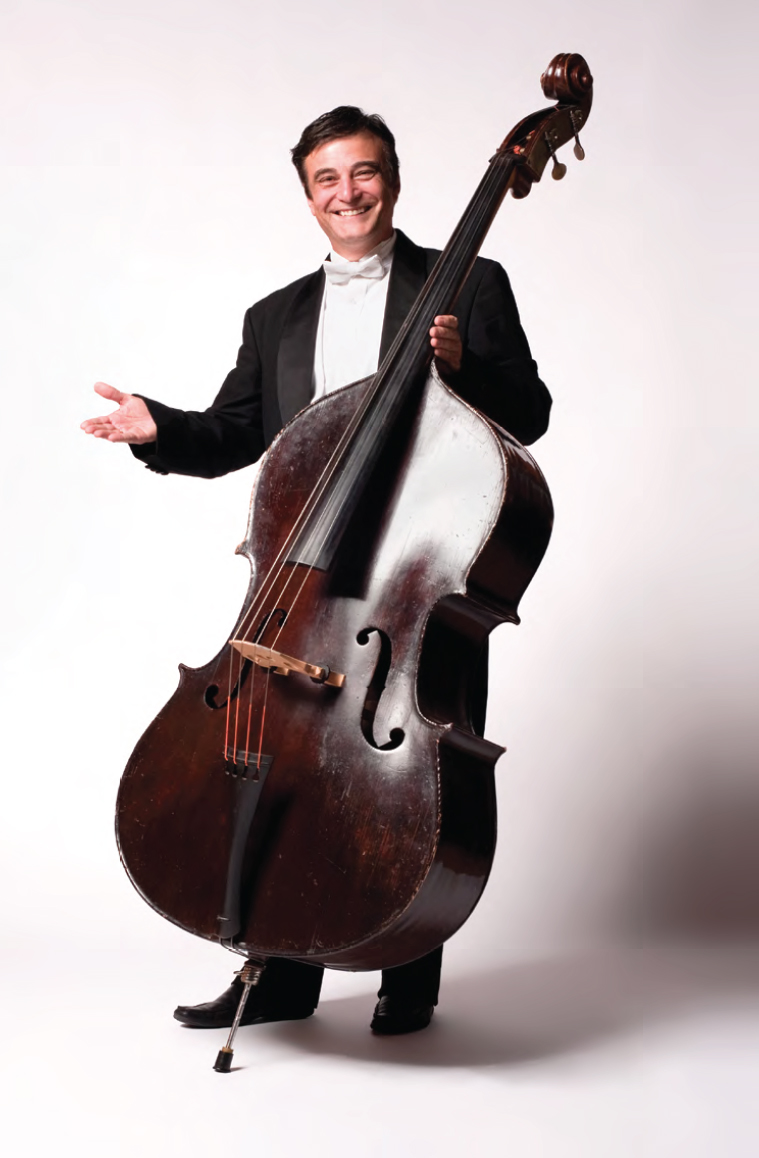 Athens, Ga. – The University of Georgia’s Milton Masciadri was recently named recipient of the Leonardo da Vinci World Award of Arts from the World Cultural Council-the first musician to receive the award in the last two decades.

The honor recognizes personalities whose work has had a significantly positive impact on the cultural legacy of mankind. The award, presented every two years, is an acknowledgment of those who offer positive messages through artistic expression.

Masciadri, who holds the title of University Professor, is a professor of music in the Hugh Hodgson School of Music and strings area chair specializing in the double bass.

“Receiving the highly prestigious Leonardo Da Vinci World Award in the Arts has been a very touching and humbling experience considering that I am the first musician to receive it in the last 20 years,” Masciadri said. “It is nice to be recognized for things that you do spontaneously from your heart.”

An accomplished performer and renowned teacher, Masciadri is being recognized for his multifaceted career as an artist, cultural ambassador, educator, international leader and author. In particular, the honor recognizes his work as a UNESCO Artist for Peace and his mentoring and teaching of young musicians.

“I can think of no one more fitting to receive this prestigious award than Dr. Masciadri,” said UGA President Jere W. Morehead. “He is a brilliant musician, a gifted teacher and a global champion for the arts. We are very proud of this outstanding achievement.”

A third-generation double bass player born in Montevideo, Uruguay, Masciadri began his studies with his father at an early age. By 17, he was co-principal bassist with the Porto Alegre Symphony in Brazil, and, by 19, he was on the faculty of Brazil’s Federal University.

Masciadri joined the UGA faculty in 1984 as a professor of music in the Hodgson School. He is coordinator of the school’s international and study abroad program and directs the UGA International Double Bass Symposium each year.

“This singular, international honor comes in recognition of a prestigious international career as musician, educator and arts ambassador,” said Dale Monson, director of the Hodgson School. “Dr. Masciadri’s success as a performing musician and spokesman for the arts has opened doors for countless students and developing musicians to join a broad, worldwide community. His service to the University of Georgia, the nation and the world has been remarkable.”

“Being a UNESCO Artist for Peace has been a wonderful experience. Representing so many countries in the world and doing performances for peace, union and education have been great goals,” he said. “Getting to know so many artists and ambassadors around the world has opened me up to the immense possibilities of humanity.”

Masciadri has numerous other accomplishments and awards. He received the title of University Professor from UGA in 2010, the first faculty member in the fine arts to be honored with the title in 62 years; holds the title of “Accademico” of the Accademia Filarmonica in Bologna, Italy, Europe’s oldest musical educational institution; has been awarded the Brazilian Medal of Honor for Academic Achievements for his musical and educational services to the people of Brazil; and received the knighthood honor of the designation of Cavaglieri di San Marco in Venice in 2011.

“I have been surrounded by music all my life and teaching has been an important component,” he said. “First, observing my father and then teaching beginning at age 19 at Brazil’s Federal University. It is beautiful to look back and observe all those former students and some of them following careers in teaching.”

The award will be presented to Masciadri at the 32nd Award Ceremony of the World Cultural Council, held in November in conjunction with the winter graduation ceremonies of the University of Dundee in Scotland. Sir Colin Blakemore, president of the World Cultural Council, members of the directive board and authorities of Dundee University will present the award. Masciadri will receive a diploma, commemorative medal and a check for $10,000.

World Cultural Council
The World Cultural Council is an international organization, based in Mexico, whose objectives are to promote culture, values and goodwill throughout the world. The Albert Einstein World Award of Science, the José Vasconcelos World Award of Education and the Leonardo da Vinci World Award of Arts are one means to this end. These awards honor outstanding personalities whose work has had a significantly positive impact on the cultural legacy of mankind. For more information, visit www.consejoculturalmundial.org.