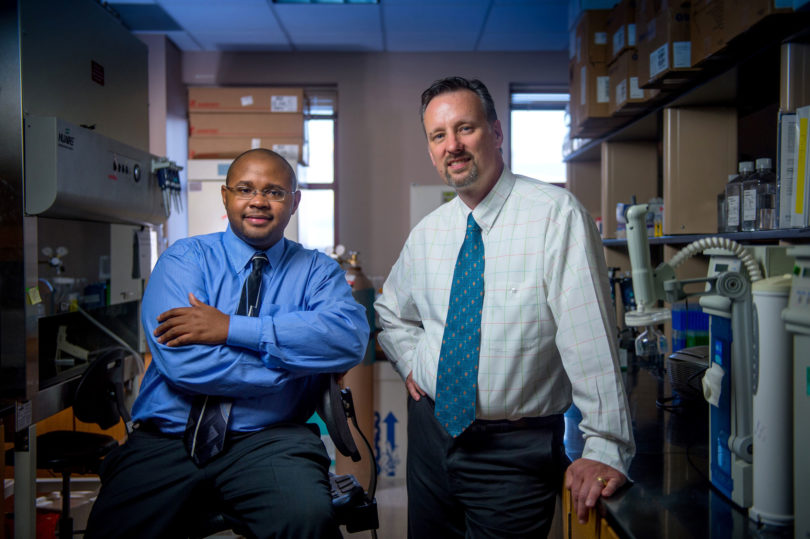 Franklin West doesn’t want to save the world.

He just wants to save endangered animals, like the Sumatran tiger.

An assistant professor of animal and dairy science in UGA’s College of Agricultural and Environmental Sciences, West has been on a quest to save the Sumatran tiger from extinction since he worked on a research project at Princeton University.

“I always have had a love for endangered animal species, with big cats being chief among them,” said West, who also is a faculty member at the university’s Regenerative Bioscience Center. “We also know a lot about cat reproductive physiology from domestic cats, so it is a logical starting point for this project as our goal is to ultimately make sperm and eggs from tiger and leopard stem cells for breeding programs.”

The Sumatran tiger, which tops the endangered list, has fallen prey to human poaching activities and habitat loss, according to West. Today, there are less than 400 Sumatran tigers in the world.

West believes he may have found a way to help save the Sumatran tiger and other endangered animals.

Using pioneering technology West developed with RBC director Steven Stice, researchers can generate stem cells from skin cells. These cells can then be turned into sperm for artificial insemination in zoo breeding programs.

“The big picture ramification is this technology could be used for any endangered species,” West said.

Cells from a Sumatran tiger are now frozen in incubator banks at the Regenerative Bioscience Center, but unfortunately so is funding for the project. Without federal aid, the tiger project is at a standstill.

To keep it alive, West is turning to UGA’s ­crowdfunding website, Georgia Funder (https://dar.uga.edu/funder/), to raise money for additional research.

Maintained by the university’s Office of Development, Georgia Funder allows UGA and its colleges, schools and academic units to showcase their prospective projects and outline funding priorities. Donors then can choose specific projects of interest at UGA to support.

Regina Smith, a former associate vice president of research at UGA, is one of the early donors for the tiger crowdfunding effort.

“These are the projects that need special avenues to amass funding because they are so unusual,” she said. “That’s the beauty of crowdfunding. It’s easy, quick and takes advantage of people’s inherent desire to lend a hand.”

Smith said humans have a responsibility to prevent the extinction of any species, but especially one “as majestic as Sumatran tigers.”

The cells collected for this project came from a tiger at Zoo Atlanta named Jalal, who died in 2010. The proximity of the zoo has elevated one student’s awareness of his role in conservation and the key impact of the campaign in preventing species extinction.

“As a child, I visited Zoo Atlanta countless times,” said Aaron Maslia, a senior biological sciences major from Atlanta. “Being able to work in the lab that could potentially produce an animal that I could get to see as an adult would be an amazing experience.”

Donations for this project can be made at http://t.uga.edu/177.