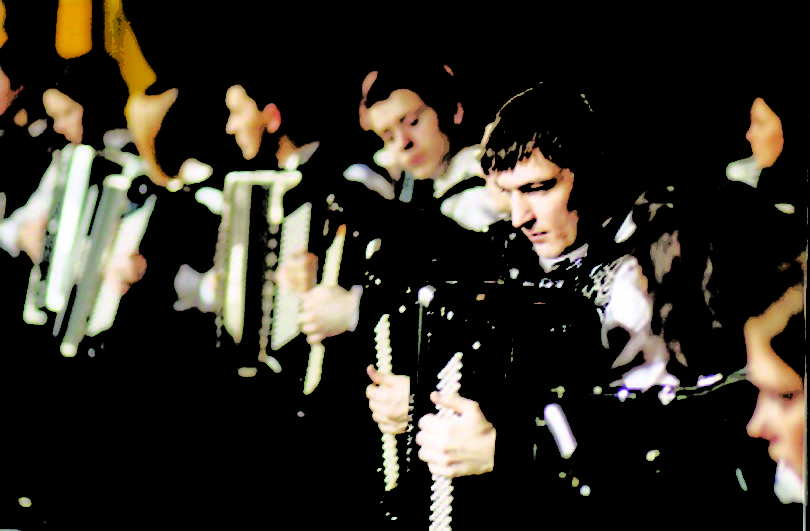 The Accordion Virtuosi of Russia's repertoire ranges from folk music to arrangements of rock songs.

The UGA Performing Arts Center will present the Accordion Virtuosi of Russia Oct. 28 at 8 p.m. in Hodgson Concert Hall. With a repertoire ranging from folk music to rock songs, the ensemble has performed for the Olympic Games in Munich in 1972, Montreal in 1976 and Moscow in 1980.

Tickets for the concert are $30-$35 with discounts for UGA students. They can be purchased at the Performing Arts Center, online at pac.uga.edu or by calling the box office at 706-542-4400.

The Accordion Virtuosi of Russia was founded by professor Pavel Smirnov in 1943 during the Leningrad siege. Within six months the ensemble was invited to record on the state radio. Since its inception, the Accordion Virtuosi of Russia has been led by three generations of the Smirnov family-first by its founder, Pavel Smirnov, and now by his sons Yuri and Vladimir, as well as his grandson Yaroslav.

The Accordion Virtuosi of Russia has performed at prestigious venues around the world including the Leipzig Gewandhaus, Verona’s Arena, Olympia Hall in Paris and the Great Philharmonic Hall in St. Petersburg. The group has toured extensively throughout Europe, North America, Japan, China and Africa.

The ensemble is the winner of numerous international music competitions and was recently named “Best Accordion Orchestra of Europe” by the EU Musika Orchestra Society in Frankfurt, Germany.