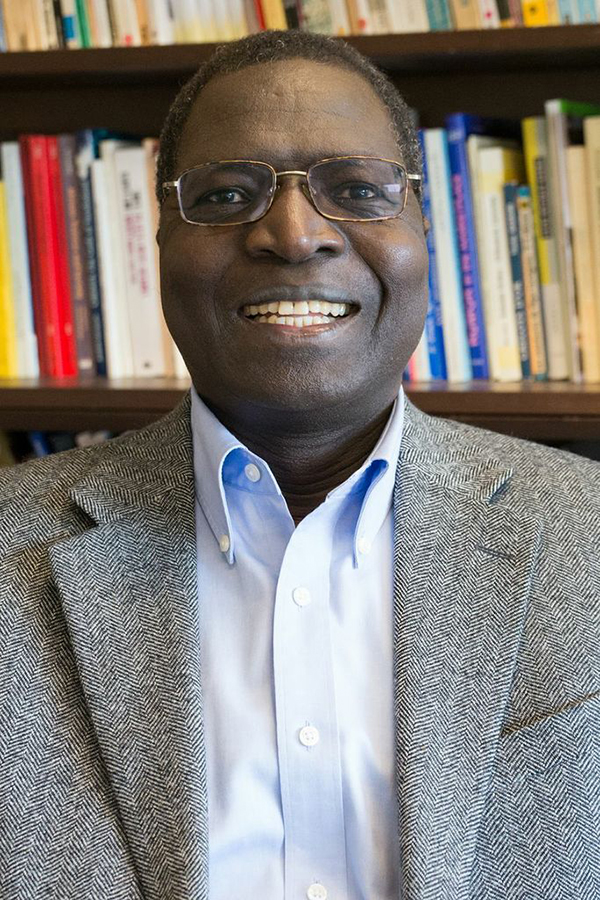 African novelist Amadou Koné will give the 2015 Darl Snyder Lecture March 3 at 10 a.m. in Masters Hall of the Georgia Center for Continuing Education. Presented by the Franklin College of Arts and Sciences’ African Studies Institute, the lecture is open free to the public.

Koné, who has been a professor of French at Georgetown University since 1997, will give a lecture titled “Questioning the African Quest for Identity.”

“Professor Koné is a prolific novelist and playwright who wrote his first novel when he was still in high school,” said Karim Traore, an associate professor in the comparative literature department and chair of the 2015 Darl Snyder Lecture planning committee. “He is also a scholar of renown who helped introduce African ways of doing literature into academia. His lecture will address some of the challenges with defining identity in the African context.”

He has received numerous awards including the grand prize at the Interafrican Theatrical Competition in 1976, the Pro Helvetia Foundation fellowship in 1981 and the Best African Novel Award from the Léopald Sédar Senghor Foundation in 1985. He was also a Fellow of the Alexander Von-Humboldt Foundation in Bonn, Germany, from 1990-1992.

As part of the program for the Snyder Lecture, certificates in African studies will be presented to undergraduate students who have completed the program requirements. The UGA Libraries also will mount a display outside of Masters Hall of selected materials from the Snyder collections held in the Hargrett Rare Book and Manuscript Library.

The Darl Snyder Lecture Series was established in 1992 in recognition of Snyder’s dedication, research and service-learning programs in and about Africa. Snyder’s affiliation with UGA began in 1969 as a program specialist at the Rural Development Center in Tifton. He became director of the Office of International Development in 1989. Although he retired from UGA in 1992, Snyder and his family continue to support African studies and UGA endeavors in Africa.