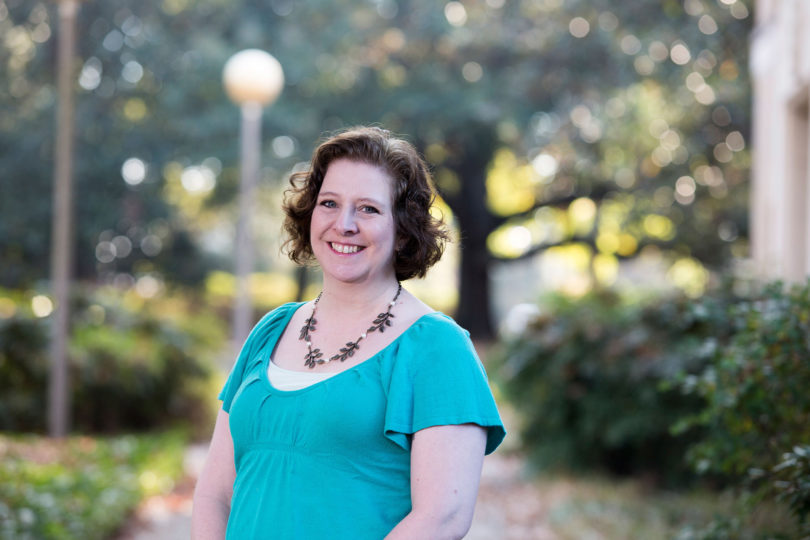 Training service coordinators in low-income public housing to better assist aging residents could not only improve community members’ health outcomes but also save the government money in hospital visits, nursing home stays and rehabilitation costs, according to an article by researchers at UGA published recently in the Journal of Housing for the Elderly.

These coordinators would be trained to facilitate aging in place, a concept the Centers for Disease Control and Prevention defines as the “ability to live in one’s own home and community safely, independently and comfortably, regardless of age, income or ability level.”

Most Americans want to remain in their homes as they age, but for low-income citizens living in public housing complexes, it often isn’t possible, said Heidi Ewen, lead author of the article and an assistant professor in the financial planning, housing and consumer economics department of the College of Family and Consumer Sciences.

“Nobody wants to lose their home because of some type of health crisis,” said Ewen, who also has a joint appointment in UGA’s Institute of Gerontology in the College of Public Health. “But when people living in public housing have health crises that result in them ending up in nursing homes or rehabilitation centers, they may end up losing their apartments, which are rented on a month-to-month basis. It’s a really precarious situation for them.”

In addition to being a time of uncertainty for the renters, hospital and nursing home stays are costly to the government.

The researchers propose a new comprehensive training protocol for service coordinators in public housing that will help them better address the needs of their aging residents. The curriculum will expand current service coordinator training on basic aging and the aging services network to include housing law, minority aging and health disparities, and health promotion ­programming.

The service coordinators would bring chronic disease management and fall prevention courses into the housing facilities so that residents could learn how to deal with their illnesses in their homes rather than having to arrange for transportation.

They also could advocate for design changes in the buildings. The Department of Housing and Urban Development constructed most of America’s housing for the elderly, known as Section 202 housing, starting in the 1950s. So the design features, including 5-foot-high light switches and power outlets that are low to the floor, aren’t conducive to aging in place, Ewen said.

Now the goal for the researchers is to get a grant to fund several service coordinator positions in Section 202 housing in the Athens area to see whether the health outcomes of the residents improve.

The researchers are also looking to secure funding to place kiosks in the lobbies of the public housing buildings that will enable residents to periodically update their needs and upcoming medical services.

Using these kiosks, residents will be able to electronically send a note to the service coordinator and appropriate community organization to help arrange transportation and services.