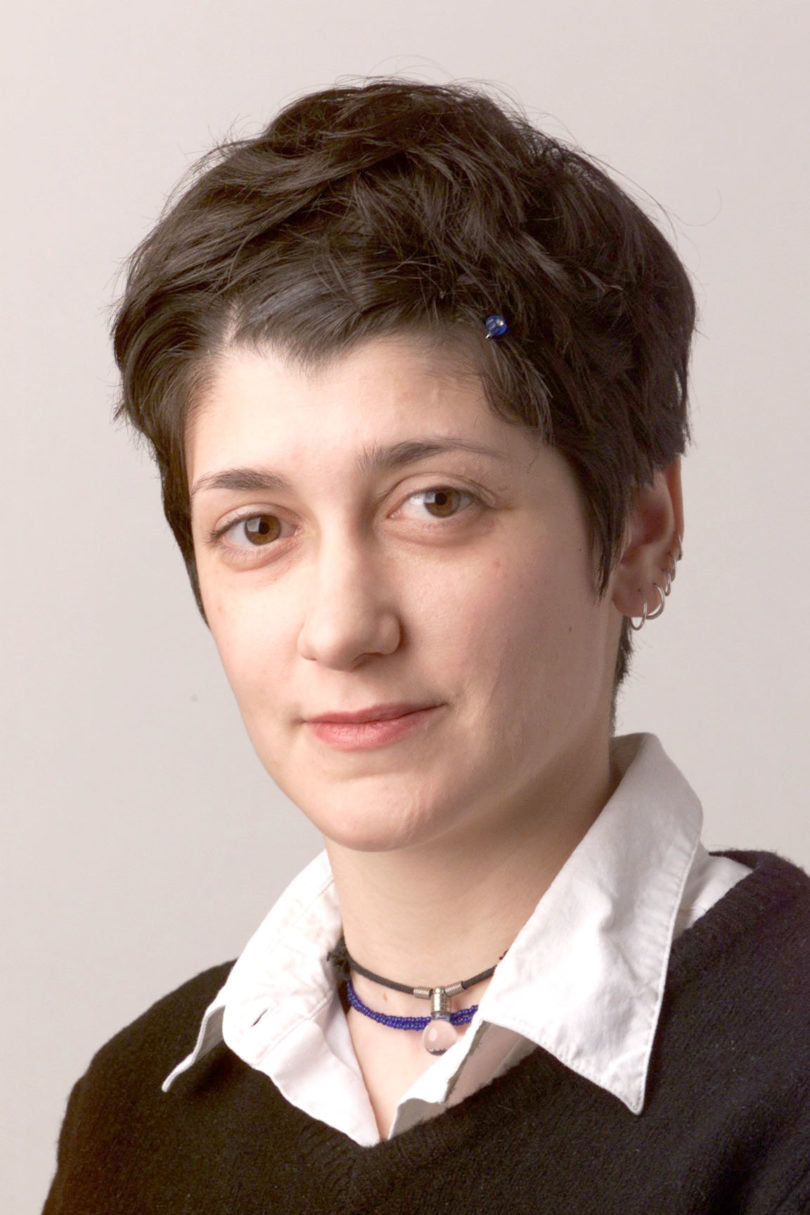 Athens, Ga. – Dorothy Parvaz, a U.S. journalist who was captured, jailed and interrogated for 19 days while covering the civil war in Syria–then returned to reporting there upon her release—has been named the 2013 recipient of the McGill Medal for Journalistic Courage.

A reporter for Al Jazeera’s English-language channel in Doha, Qatar, Parvaz will receive the medal from the University of Georgia’s Grady College of Journalism and Mass Communication and its McGill Program in Journalistic Courage during a ceremony in the fall.

Parvez was a finalist along with two other American journalists:
• Betsy Hiel, a foreign correspondent in Cairo for the Pittsburgh Tribune-Review, nominated for her coverage of the Arab Spring;
• Sara Ganim, now a reporter for CNN, nominated for her coverage of the Jerry Sandusky child abuse scandal at Penn State University while working for The Patriot News in Harrisburg, Penn.

Parvaz was jailed upon entry to Syria in April 2011, held for three days, then deported to Iran, where she was held and interrogated an additional 16 days, then returned to Qatar.

“The agents couldn’t seem to agree what I was, or which was worse, an American spy for Israel, or an Al Jazeera reporter-both were pretty much on a par,” said Parvaz upon her release.

The number of journalists imprisoned worldwide in 2011 reached its highest level since the mid-1990s, an increase driven largely by widespread jailings across the Middle East and North Africa, according to the Committee to Protect Journalists. In its annual census of imprisoned journalists, CPJ determined that 179 writers, editors and photojournalists were behind bars on Dec. 1, 2011, an increase of 34 from its 2010 tally.

“To understand what our colleagues endure around the world in service of reporting stories that would otherwise go untold is to understand the vital role of the journalist–to bear witness and to report,” said Parvaz. “So it’s not just on my own behalf, but also on theirs–Ali Hassan Al Jaber, Austin Tice, Satar Beheshti, Abdiaziz Abdinuur, Malik Mumtaz, Anthony Shadid and so many others-that I express my gratitude for this honor.

“I am truly humbled. In these dark days, when journalists are so casually locked up or killed, the McGill Medal itself achieves the heroic task of highlighting the value of urgency of journalism.”

Parvaz’s selection was made by the 2012 class of McGill Fellows, 12 undergraduate and graduate students chosen for academic achievement, practical experience and leadership.

“Courage is the ability to confront fear, pain, danger, uncertainty, or intimidation,” said Kavi Vu, the McGill Fellow who researched the nomination. “The danger of being in a foreign country while officials were convinced she was a spy, the pain of hearing young people suffering around her and the uncertainty of whether she would get out of there alive.”

The McGill Medal is named for Ralph McGill, the late editor and publisher of the Atlanta Constitution. McGill was regarded by many as “the conscience of the South” for his editorials challenging racial segregation in the 1950s and 1960s.

Now in its fifth year, the medal is the latest development in the growth of the McGill program at the Grady College. For more than 30 years, the McGill Lecture has brought significant figures in journalism to UGA to help the university honor McGill’s courage as an editor. In 2007, UGA added the McGill Symposium, bringing together students, faculty and leading journalists to consider what journalistic courage means and how reporters and editors exemplify it.

“All of this is for a single purpose: to advance journalistic courage,” said John F. Greenman, professor and Carter Chair in Journalism. Greenman and Diane H. Murray, the Grady College’s director of public service and alumni outreach, oversee the McGill program.

For more information on the program, see www.grady.uga.edu/mcgill.

Grady College of Journalism and Mass Communication
Established in 1915, the UGA Grady College of Journalism and Mass Communication offers undergraduate majors in journalism, advertising, public relations, digital and broadcast journalism and mass media arts. The college offers two graduate degrees and is home to the Knight Chair in Health and Medical Journalism and the Peabody Awards, internationally recognized as one of the most prestigious prizes for excellence in electronic media. For more information, see http://www.grady.uga.edu or follow @UGAGrady on Twitter.