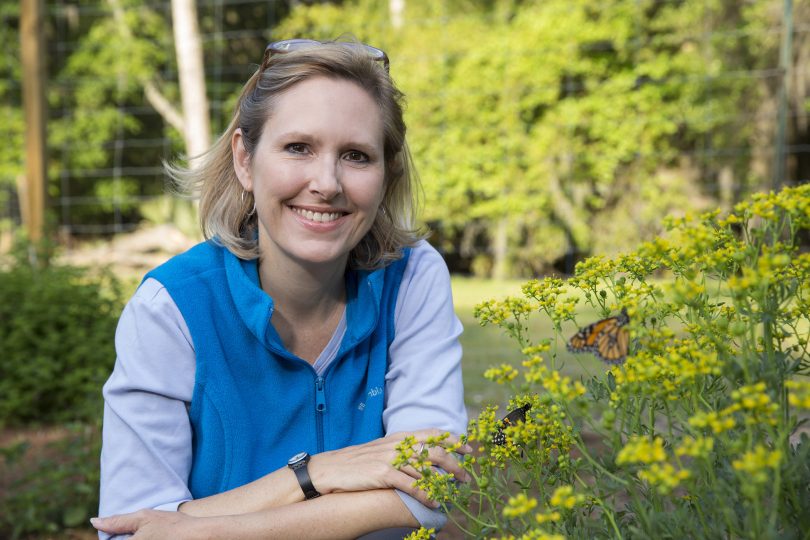 Sonia Altizer, an academic leader with an outstanding record of teaching, research and service, has been named interim dean of the Odum School of Ecology, effective July 1, 2021.

“I am confident that Dr. Altizer will provide exemplary leadership as interim dean of the Odum School,” said S. Jack Hu, the university’s senior vice president for academic affairs and provost. “She has a distinguished record of academic leadership and a demonstrated commitment to excellence in teaching, research and service.”

In her role as associate dean for research and operations, Altizer oversees research facilities and space allocation, faculty-staff communications and served as the school’s liaison to the Office of Research. As associate dean for academic affairs, she oversaw areas such as undergraduate and graduate academic programs, instructional assignments, and developed and implemented policies on academic matters.

Altizer’s research on the ecology of infectious diseases in natural populations has been supported by nearly $5.5 million in funding from agencies such as the National Science Foundation and Centers for Disease Control and Prevention. She is the author or co-author of more than 100 peer-reviewed journal articles, including in top-tier journals such as Science and Nature, as well as a book, numerous book chapters and other publications.

Her institutional contributions have included service on the Quality Enhancement Plan Topic Selection Committee, the University Curriculum Committee and the Science Learning Center Planning and Steering Committee. At the national level, she has served on several grant-review panels for the NSF and National Institutes of Health and also on the Board of Reviewing Editors for Science Magazine. In addition, she has participated in several science literacy events and launched a citizen science project known as Project Monarch Health.

Altizer has received a number of honors during her career, including being elected a Fellow of the American Association for the Advancement of Science, receiving the Presidential Early Career Award for Science and Engineering, the university’s Lamar Dodd Creative Research Award and being named a Fellow of the university’s Women’s Leadership Program.

“I’m proud to be a part of the Odum School of Ecology and look forward to this opportunity,” Altizer said. “As a collaborative and innovative unit, we accomplished a lot during the past 15 years. I’m excited to support our faculty, staff and students as we continue to grow in new ways.”