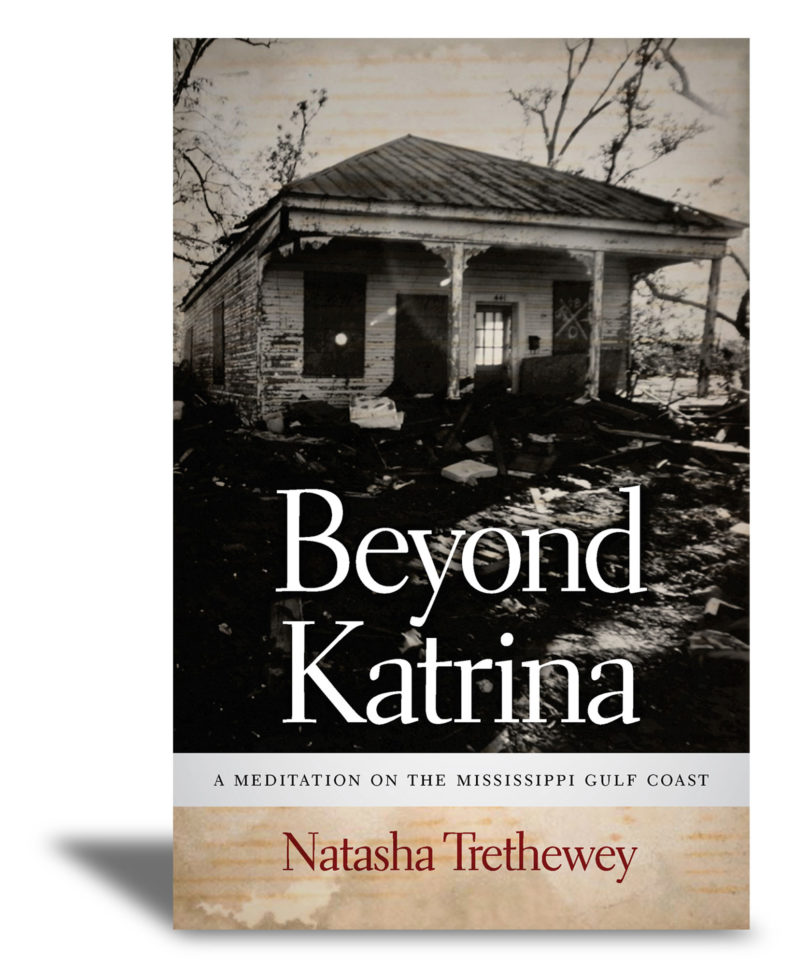 Beyond Katrina is poet Natasha Trethewey’s very personal profile of the Mississippi Gulf Coast and of the people there whose lives were forever changed by Hurricane Katrina.

Trethewey, a Pulitzer-prize-winning UGA alumna who now holds the Phillis Wheatley Distinguished Chair in Poetry at Emory University, spent her childhood in Gulfport, Miss., where much of her mother’s extended family, including her younger brother, still lives.

Weaving her own memories with the experiences of family, friends and neighbors, Trethewey traces the erosion of local culture and the rising economic dependence on tourism and casinos. She chronicles decades of wetland development that exacerbated the destruction and portrays a Gulf Coast whose citizens were on the margins of American life well before the storm hit.

Most poignantly, she illustrates the destruction of the hurricane through the story of her brother’s efforts to recover what he lost and his subsequent incarceration.

Trethewey’s attempt to understand and document the damage to Gulfport started as a series of lectures at the University of Virginia that were published as essays in the Virginia Quarterly Review. For Beyond Katrina, Trethewey has expanded this work into a narrative that incorporates personal letters, poems and photographs.