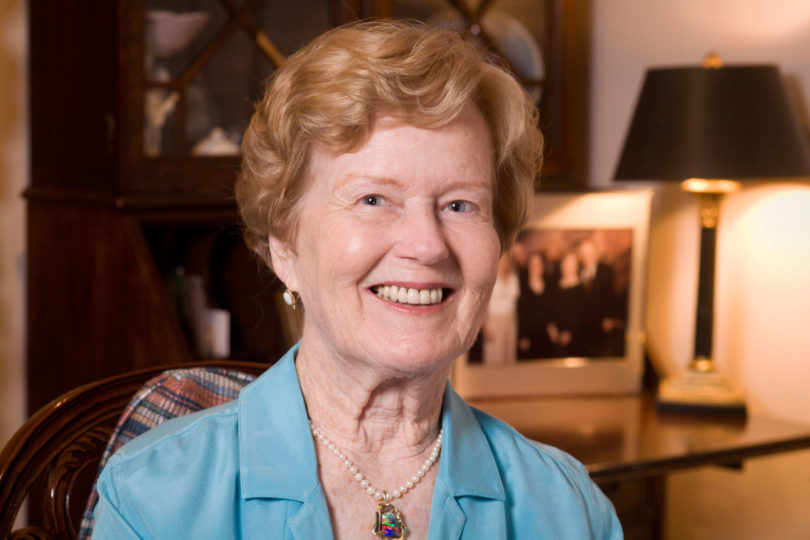 The University of Georgia always has held a special place in the hearts of Lois Shortt and her late husband, Bill. They met at UGA in 1945 and married two years later.

Six decades later, the couple showed just how special UGA is to them by giving a $1 million gift to the university to create the William J. and Lois J. Shortt Graduate Fellowship in the College of Education’s department of kinesiology. The fund will support up to five graduate students each year.

“The gift from the Shortts to support a graduate fellowship will help us to recruit the very best students to study and do research with our faculty,” said Kirk Cureton, head of the department of kinesiology. “This type of support provides the margin of difference in developing an outstanding department known for its innovative contributions and leadership in the field of kinesiology. The faculty are extremely appreciative of the generosity of the Shortts and their support of the department.”

The couple met when Lois was a senior majoring in physical education and Bill had just returned home from military service in World War II. They married two years later and eventually made their home in Cornelia.

After graduating with a degree in business administration, Bill began his career with Athens Manufacturing Co., which was later purchased by Chicopee Manufacturing Co. Bill spent the next 43 years working his way up in one of the world’s largest consumer health companies.

Bill, who passed away in April at the age of 85, and Lois have been long-time donors to UGA and had planned for more than 40 years to give to UGA through their wills. Due to Lois’ positive experiences as a student, she and Bill chose to make this gift to her home department, which is now part of the department of kinesiology.

Good nutrition and fitness have been lifelong priorities for Lois. At the age of 84, she maintains an active lifestyle and exercises every day. Until recently, she walked three miles a day.

Mary Ella Lunday Soule, who served as head of the department of physical education for women at UGA from 1925-1960, was Lois’ inspiration. Now, Bill and Lois can add to Soule’s legacy of promoting health and fitness to Georgians by funding the preparation of future physical education teachers at UGA.