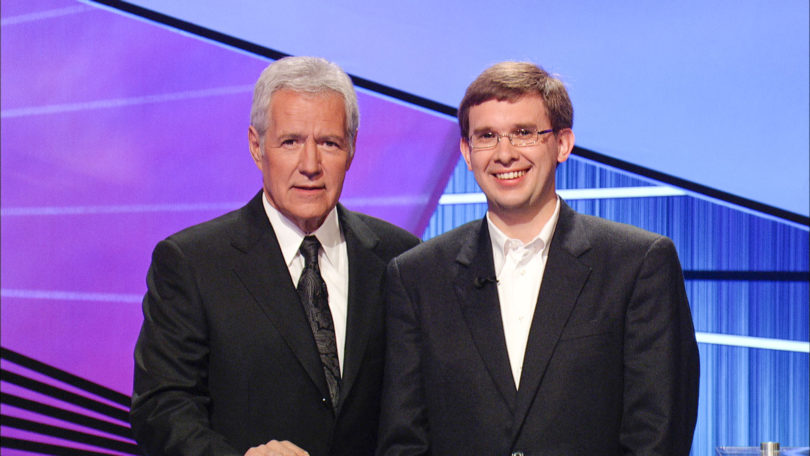 Ryan Fox, who graduated from UGA in May with a doctorate in mathematics education, used his knowledge of British royalty and some strategic wagering to stage a come-from-behind victory on the classic quiz show’s July 27 episode. He was invited back the next day.

Although Fox’s appearances aired last month, the episodes were filmed in March-just days after he submitted his doctoral dissertation to UGA professors.

“I jokingly call it my best week ever,” he said. “I turned in the dissertation then went on ‘Jeopardy!,’ where I had to go to L.A. and meet Alex Trebek and answer questions in front of the lights, cameras and audience, and then, 24 hours later, I’m interviewing for a job that I ended up getting. It was all strange, surreal and wonderful wrapped into one.”

The Marietta native, who also earned a master’s degree in math education at UGA in 2007, accepted a position as assistant professor of mathematics education at Pennsylvania State University, Abington. He moved from Athens to his new home the day after his episodes aired.