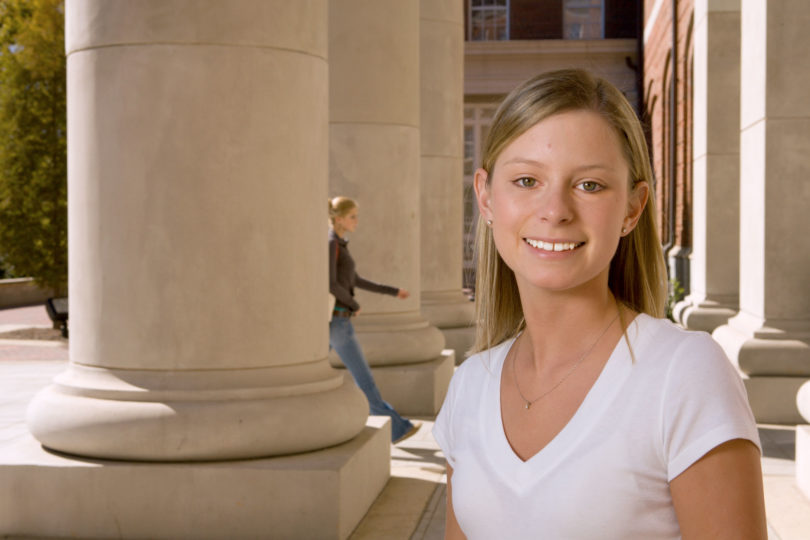 At an age when most girls worry about the clothes they wear and how to put on makeup, Hanna Keith worried about her next radiation treatment.

Keith, now a sophomore at UGA, was 12 years old when doctors found a rare form of bone cancer called Ewing’s Sarcoma in her femur.

From that moment in October 1998, a marathon to help Keith fight her cancer began.

She said that as a child she had never been sick, so when the doctors diagnosed what had been causing her pain in her leg as cancer, it was a big shock to both her and her family. As treatment, Keith had to undergo six months of chemotherapy, 46 radiation treatments and a bone marrow transplant. Family, friends and neighbors all pitched in to help her through her time of need.

Keith, who is from the small South Georgia town of Jesup, said she considers herself lucky to have battled cancer in such a tight-knit community. Everyone helped out by encouraging her and not letting her give up, she said.

“I wouldn’t be here without relay, and my family thinks so too. We’re a little relay crazy,” Keith said.

The American Cancer Society is one of many organizations that benefits from UGA’s Campaign for Charities each year. Keith has benefited from the society’s fundraising not only through the help they provided during her sickness, but also through a scholarship for cancer survivors attending college.

The scholarship, worth $2,000, pays out over four years of college, and she must reapply periodically to retain it.

Although she has been in remission for eight years now, Keith is still involved with the American Cancer Society. One of many ways she volunteers is by speaking about her experiences overcoming cancer on behalf of the society. Last year, she spoke at UGA’s Relay for Life event. By sharing her story, Keith believes she can give others hope and promote the causes the American Cancer Society supports.

The message she shares is clear: “Whenever you hear cancer, it doesn’t necessarily mean death. . . there is hope as long as you are willing help raise this money and fund the researchers who are creating the medicines that are helping people to get rid of their cancers,” she said.

Along with sharing her message, Keith wants to become even more closely involved with finding a cure for cancer. As a biology major, she plans to graduate and either go to pharmacy college and work in the oncology field or become involved in research.

Overall, she said that she is grateful for the American Cancer Society and the ways that it has been able to help her, and feels that she should give back.

“The American Cancer Society, in general, and the money they raise have given me a second chance at life,” she said.