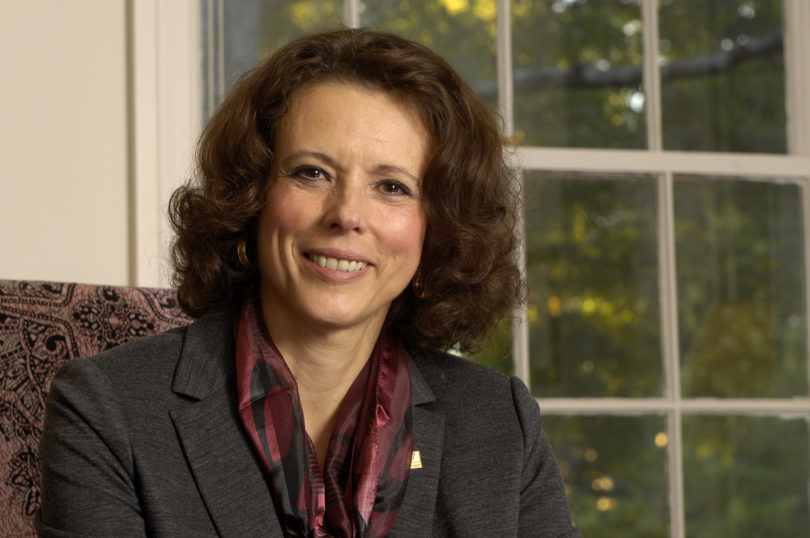 Athens, Ga. – Anna Scheyett, a dean at the University of South Carolina who has fostered student success while enhancing research and outreach, has been named dean of the University of Georgia School of Social Work.

Scheyett, who has led the USC College of Social Work since 2011, will assume her new role at UGA on July 1.

“Dr. Scheyett is committed to advancing the social work profession, and she comes to the University of Georgia with an extraordinary record of success,” said Pamela Whitten, senior vice president for academic affairs and provost. “I am confident that our School of Social Work will have an even greater impact on our state and nation under her bold leadership.”

At the University of South Carolina, Scheyett oversaw a revision to the Master of Social Work curriculum and developed student testing supports that helped increase licensure pass rates by nearly 40 percent. In addition, she established a graduate certificate program focused on social and behavioral health issues in military service members, veterans and military families.

She also has implemented grant submission and management support services while increasing professional development opportunities for faculty. During her tenure as dean, research expenditures in the USC College of Social Work have grown 87 percent while peer-reviewed publications have increased by more than 200 percent.

Scheyett has made collaboration across disciplines as well as with partners at the community, state and international levels a key priority. More than 75 percent of research activity in the USC College of Social Work is now interdisciplinary in nature, and she developed a joint faculty position between the College of Social Work and the College of Engineering and Computer Science. She increased collaboration with state agencies such as the South Carolina Department of Health and Human Services and internationally through partnerships with universities and government agencies in Vietnam.

Under her leadership, the USC College of Social Work exceeded its $4 million fundraising goal and established seven endowed scholarships. In addition, she helped develop a statewide conference on race and has been heavily involved in the South Carolina Collaborative on Racial Reconciliation to foster healthy dialogue about diversity issues on campus.

Scheyett began her career as a social worker for adults with serious mental illnesses and served as associate dean for academic affairs at the University of North Carolina, Chapel Hill before being named dean of the USC School of Social Work. Her research on the intersection of mental illnesses and the legal system has been funded by agencies such as the National Institutes of Health, the South Carolina Department of Health and Human Services and the South Carolina Department of Corrections.

She is the consulting editor of the journals Social Work Research and the Journal of Social Work Education and has served as a grant and conference reviewer for the Substance Abuse and Mental Health Services Administration and the National Association of Social Workers.

“I am tremendously excited by this new opportunity at the University of Georgia,” Scheyett said. “The School of Social Work has a core focus on the most pressing issues of our time-social justice, health and health disparities and poverty-with brilliant, dedicated faculty and students invested in moving the needle on these challenges.

“In addition, UGA’s leadership, under Provost Whitten and President Morehead, is clearly committed to supporting the school in its endeavors. I’m honored to have been chosen by UGA to lead the school into the future and am eagerly looking forward to beginning my work.”

Scheyett will succeed Dean Maurice Daniels, who announced last year that he would be returning to the faculty to devote more time to his research on the civil rights movement and his work with the Foot Soldier Project for Civil Rights Studies.

“Dean Daniels has been a transformative leader, and he leaves a very strong foundation for Dean Scheyett and the faculty, staff and students in the School of Social Work to build on,” Whitten said.