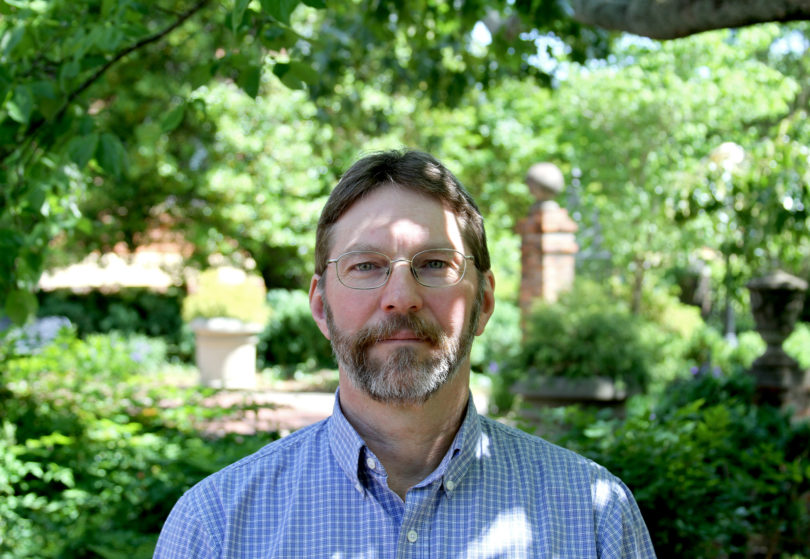 Athens, Ga. – University of Georgia professor Ted Gragson has been awarded more than $900,000 as part of a research project and visiting professor appointment funded by the French government. The IDEX—Initiatives d’excellence—program is designed to attract high-profile senior scientists to engage in long-term collaborations with units at the Université de Toulouse.

Gragson, professor and head of the department of anthropology in the Franklin College of Arts and Sciences, has been appointed an IDEX “Attractivity Chair” at the Université de Toulouse-Jean Jaurès in France for academic years 2015-2019.

As an Attractivity Chair, Gragson is provided 660,000 euros—more than $900,000—in direct funding to lead a trans-disciplinary team of seasoned researchers, early-career investigators and graduate students in an examination of the historical ecology of the Midi-Pyrénées region in southern France on the border with Spain.

“The region Midi-Pyrénées has numerous prehistoric and historic manifestations fundamental to the emergence of contemporary humans, the formation of modern states and the development of Western culture that are only beginning to be discovered,” said Gragson, who also serves as lead principal investigator of the National Science Foundation-funded Coweeta Long Term Ecological Research Project in the southern Appalachian Mountains.

“This is a very exiting time to be working in this region of southern France.”

Gragson will remain a faculty member at UGA and will serve as a visiting professor at the Université de Toulouse for a cumulative period of 12 months over the course of his appointment. He will be attached to TRACES—the Travaux et Recherches Archéologiques sur les Cultures, les Espaces et les Sociétés—a French National Center for Scientific Research research-training unit with 94 permanent members from academia and diverse government agencies. It is the second largest archaeology laboratory in France.

The team will be organized to examine the morphogenesis of households, villages and territories; examine the morphogenesis of landscape resulting from human use practices; and establish the chrono-stratigraphy of onset, duration and cessation of human-landscape processes across the Holocene, or the last 11,700 years of Earth’s history. By delving into the millennial history of the Midi-Pyrénées region, the team will contribute knowledge critical to its sustainable use and management into the future.

“Regional projects of any kind are extremely rare in France, and this region of France has been used extensively and intensively by humans for at least the last 100,000-plus years evidenced by numerous painted/incised caves and abundant and diverse material culture,” he said.

“We are interested in the ‘morphogenesis’ or transformations—structure, function, composition—that have taken place in the organization of households, communities and landscapes over the course of the last few thousand years that help us understand human dependence and effect on natural resources, the increasing complexity of society and issues of social adaptation and resilience to environmental change.”

For more information on the UGA department of anthropology, see http://anthropology.uga.edu/.