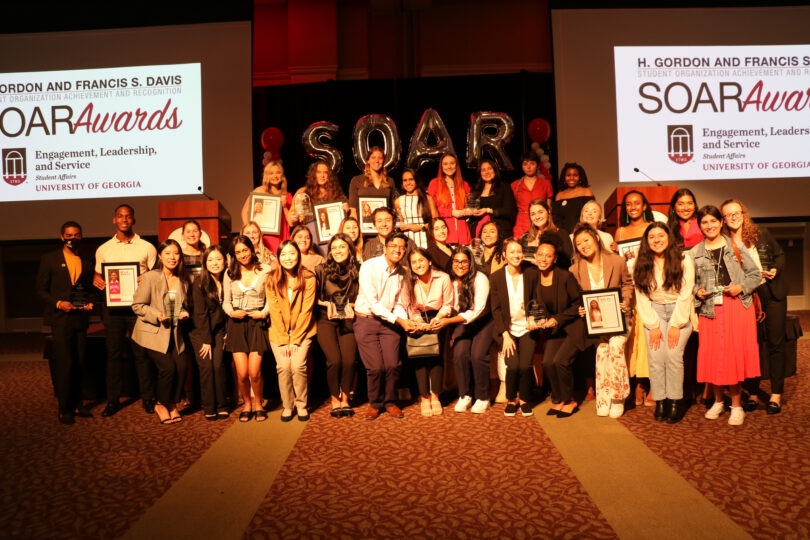 The Asian American Student Association at UGA was named “Organization of the Year” during the 21st annual H. Gordon and Francis S. Davis Student Organization Achievement and Recognition Awards, given out April 12 at the Tate Student Center. The SOAR Awards celebrate the accomplishments of student organizations at the University of Georgia.

The Asian American Student Association is a registered student organization that focuses on developing unity within the Asian American student community on campus. AASA strives to promote the ideals of multiculturalism and create more connections among their members by hosting large events such as their Lunar New Year Celebration and APIDA Night Market.

This year, the Asian American Student Association had one goal in mind: to rebuild a fragmented community to recover from the social consequences of COVID-19 such as the uptick of hate crimes against Asian Americans. Not only did they accomplish unifying Asian American students, but they also worked alongside other student organizations.

The AASA holds an annual “Identity General Body Meeting” where this year they partnered with the Hispanic Student Association and the Indian Cultural Exchange. Nearly 300 members collectively participated in the meeting. Through engaging activities, students were able to express their feelings in tandem to their held identity. They were also able to have large scale discussions on their own cultures and issues that they each face being a college student.

Other award categories and their recipients are: