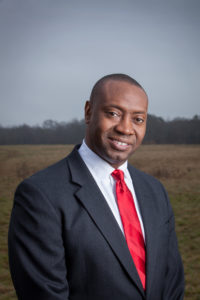 Marshall Shepherd, associate head of the geography department in the Franklin College of Arts and Sciences, was quoted on CNN about the recent cold weather phenomenon.

Recently, parts of the U.S. faced some of the coldest temperatures the country has seen in a generation. But while weather is what happens today, climate is what happens over the long run. Portions of the U.S. were recently in a deep freeze, and other part of the planet, like Australia, saw record-breaking heat waves. When averaged out over the planet, the hotter temperatures are tipping the scale. That’s why the hottest five years on record have all occurred since 2014. The Earth’s temperature has changed drastically throughout its history.

“People also tend to confuse what is happening where they live as an indication of what is happening globally,” said Shepherd, who is the program director in atmospheric sciences. “It’s not ‘Where You Live Warming,’ it is ‘Global Warming.’ ”