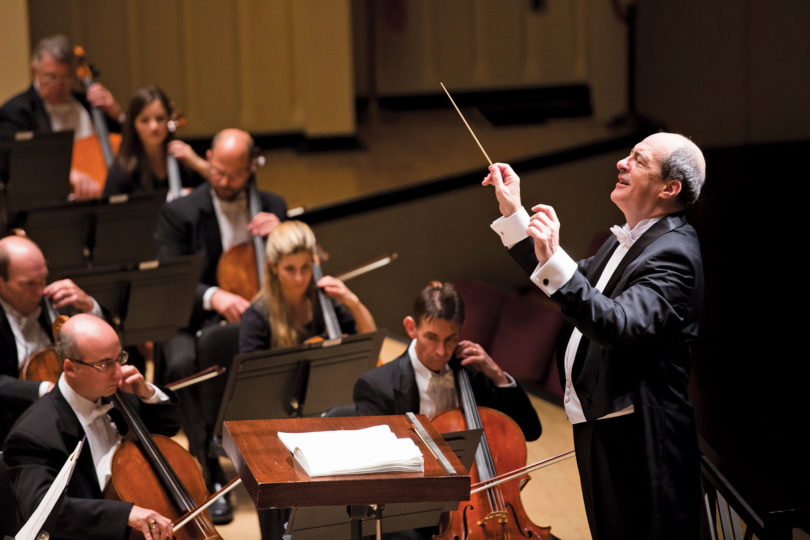 The Performing Arts Center will present the Atlanta Symphony Orchestra Feb. 2 at 2 p.m. in Hodgson Concert Hall. Guest conductor Roberto Abbado will lead the Grammy-winning ASO in an all-Russian program that includes Mussorgsky’s Prelude to Khovanshchina and Rachmaninoff’s Symphonic Dances. Violinist Nadja Salerno-Sonnenberg will join the orchestra for Shostakovich’s Violin Concerto No. 1.

Tickets for the concert are $25-$60 with special discounts for UGA students. Tickets can be purchased at the Performing Arts Center box office, online at pac.uga.edu or by calling 706-542-4400.

The Performing Arts Center will offer a pre-concert lecture 45 minutes prior to the Atlanta Symphony Orchestra performance. The lecture is open free to the public.

Salerno-Sonnenberg is one of the world’s leading violinists, renowned for her work on the concert stage, in the recording studio and in her role as music director of the San Francisco-based New Century Chamber Orchestra. A native of Rome, she immigrated to the U.S. in 1969 to study at the Curtis Institute of Music followed by studies at the Juilliard School.

Her professional career began in 1981 when, at age 20, she became the youngest prizewinner ever at the Walter W. Naumburg International Violin Competition. In 1983 she was recognized with an Avery Fisher Career Grant and in 1988 was Ovation’s Debut Recording Artist of the Year. In addition to appearing with orchestras around the world, Salerno-Sonnenberg has been a frequent guest on The Tonight Show and was featured on 60 Minutes.

Abbado is currently an artistic partner with the St. Paul Chamber Orchestra, the first person to hold that position. He performs regularly with such noted orchestras as the Boston Symphony Orchestra, the Philadelphia Orchestra and New York City’s Orchestra of St. Luke’s. He studied at Venice’s La Fenice and Rome’s Accademia Nazionale di Santa Cecilia, where he was the only student in Accademia history to be invited to conduct the Orchestra di Santa Cecilia.

He has worked with major orchestras throughout the world including the Royal Concertgebouw, Orchestre National de France, Orchestre de Paris, Dresden Staatskapelle, Gewandhaus Orchester in Leipzig, the Vienna Symphony, the Swedish Radio Symphony and the Israel Philharmonic Orchestra.