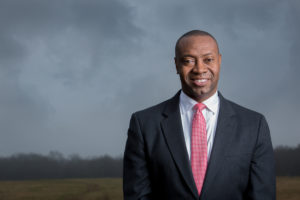 Marshall Shepherd, director of the University of Georgia’s Atmospheric Sciences program in the Franklin College of Arts and Sciences’ geography department, was recently quoted in Science News for Students as a leading expert exploring the urban rain effect.

The urban rain effect is defined as the role that cities play in where and when rain falls. “Urban regions can not only initiate or modify rainfall in storms,” Shepherd explained. “They in some cases may enhance or amplify preexisting rain systems that are caused by something else.”

Due to the warming that occurs in cities, caused by light and heat reflecting on the impermeable surfaces such as concrete and windows, cities can sometimes be many degrees warmer than their surrounding rural areas. This has an impact on how storms move through the area and the impact they have.

“Cities have been shown to cause storms to split and veer around them. We don’t necessarily understand the process,” Shepherd said, “but we’ve seen it happen.”

Shepherd described how the urban rain effect can force higher condensation in storms, leading to more rain and more significant flooding events, as seen in the Atlanta flood of 2009.

Rain won’t fall evenly across the city, making some areas more prone to flooding, often in low-income areas that house many people of color. Historically, some of these people were unable to purchase more valuable land, meaning “they often get stuck in places that, you know, are more flood-prone,” said Shepherd.