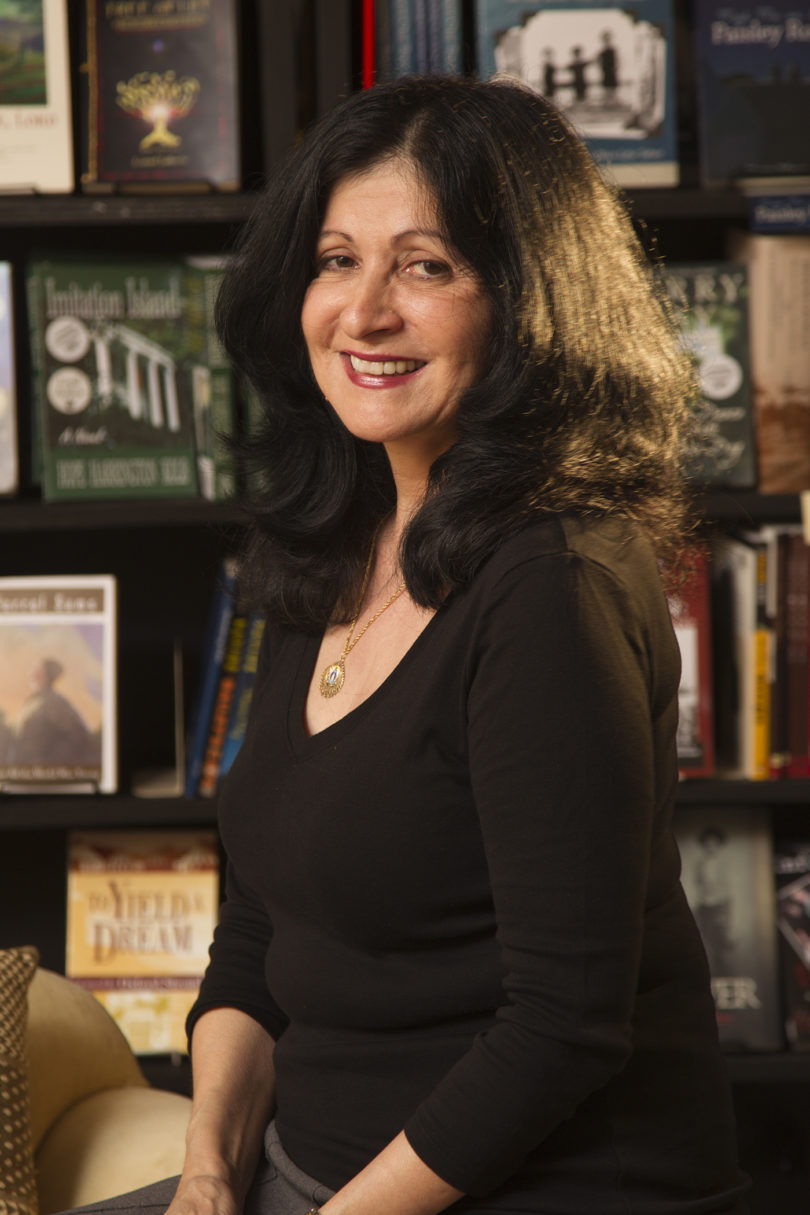 Judith Ortiz Cofer, Regents Professor of English in the Franklin College of Arts and Sciences, retired in January after more than two decades at UGA. She sat down recently with Columns to talk about her long, illustrious career as a teacher and a writer. This interview has been edited for length.

Columns: In the time since you first arrived at UGA, how has what you do changed?

Ortiz Cofer: When you start, you teach the huge survey courses, but what I really wanted to do was to teach what I know best, which is writing.

As I published more books and we started getting a sense of creative writing as an area, then I started teaching more classes and graduate seminars in poetry and fiction writing.

In December, my undergraduate students presented a reading at the Georgia Museum of Art. It was wonderful. When they went up there and read and presented their work based on the museum’s collections, I felt like, “This is what a teacher is supposed to be.” You’re supposed to take them to a place outside of themselves.

Columns: As you’ve been able to accomplish a great body of work, how has your success as a writer informed your teaching?

Ortiz Cofer: As a writer, one of the things I have to do is continuously read, and I tell my students the same thing.

I know that they have to have the basics and [know] the canonical figures, but they also can read authors who reflect the world as they see [it]. I think my writing has kept me updated on the way American literature moves and evolves.

Columns: Through your work and your career, you are helping us understand the Latina culture as it relates to Americans, correct?

Ortiz Cofer: I am often asked, “Why are you not out there protesting, engaging in politics?” But if I were there protesting and attending rallies and all that, I wouldn’t be home doing the one thing that I can do to open eyes. I started writing because I’m driven to tell the stories and to shape language.

So I wrote the stories of my family without, to be frank, really thinking this is going to change the world. The truth is, when I finished my first novel, The Line of the Sun, I wrote it in the 1980s and started sending it out in 1987-88. I received letters from New York publishers saying, “This is really well written but who cares about Puerto Ricans? Nobody’s going to read it.”

I give much credit to the UGA Press-they took a chance and published this book that reflected nothing in their catalog. And I wasn’t even on the faculty at the time. [Editor] Malcolm Call said, “I love this book. I’m going to publish it, we’ll justify it.” And now it’s in its umpteenth printing, it’s been in print and in the classrooms since 1989 or ’90.

It wasn’t like I set out to change the world and wrote the book(s). I wrote the books and realized that in some cases, they were making a difference, especially if they provided teachers-like my young adult books did-with a way to include the outsiders in the class in the class discussion. So if the central character happens to be Puerto Rican and you have Latinos in the classroom, it’s not like Tom Sawyer. You need Tom Sawyer but you also can talk about the brown boy.

Columns: Stephen King always says that they don’t send oysters to pearl-making seminars. How do you teach creative writing?

Ortiz Cofer: During the first week I tell my students, “Don’t think that ‘creative’ in the title of this course excludes discipline.” I write toward revision.

In my workshops they write and rewrite, and then there’s a series of steps where everyone is assigned a reader. That reader has to read the person’s work and meet with them and critique it before it’s turned into the workshop. The opposite happens when the other person is due. Then we critique it in the workshop. Then they meet with one of my interns to go over the revision and then I look at it. A lot of people begin by thinking that’s too much, and I say no. If you want to be writers, this is what you have to go through.

You can’t just go fix an engine without having taken it apart and then put it back together.

Columns: So you’ve retired from teaching, do you see this as a chance to concentrate on writing for a while?

Ortiz Cofer: Absolutely. I love teaching, and I think I’m successful at it.

I’m a writer who teaches and forever I’ve been getting up at 5 a.m. and giving myself two hours to write.

So if I don’t have papers to grade and meetings to attend, then I can write during the day and then think about what I’m writing.

So I’m very excited about the possibility of going through a book without stopping. But I will miss campus, because this has been my home for so long.