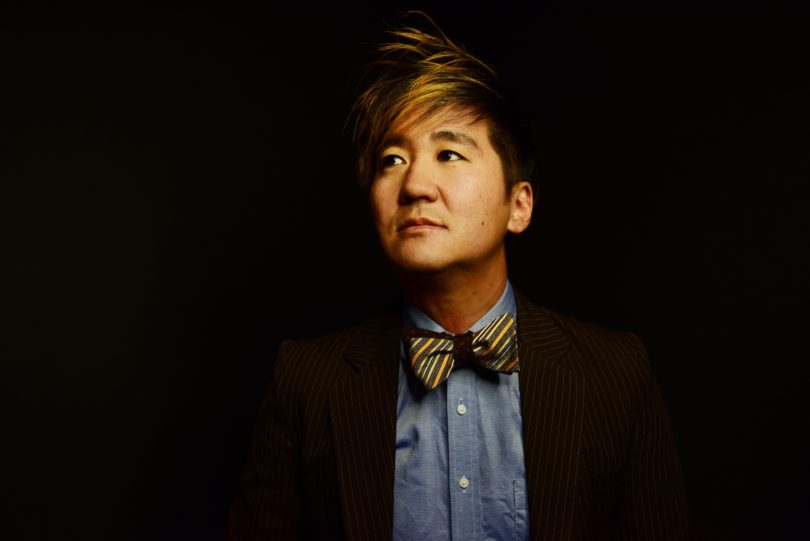 On Feb. 15, Kishi Bashi will present “A Conversation on the Japanese Incarceration Through Song and Film.”

On Feb. 15, Kishi Bashi, the professional name of the internationally renowned singer, multi-instrumentalist and songwriter Kaoru Ishibashi, will present “A Conversation on the Japanese Incarceration Through Song and Film,” a unique multimedia event built around Omoiyari, his project exploring the history and legacy of Japanese incarceration in the U.S. during World War II. The event will be held at 8 p.m. in Seney-Stovall Chapel at 200 N. Milledge Ave.

Ishibashi will be joined by collaborators Julian Saporiti and Erin Aoyama, musicians and graduate student researchers in American studies at Brown University, as well as by a string quartet. Following the music, film and spoken word performance, John Morrow, professor of history at UGA, will moderate a panel discussion with Ishibashi, Saporiti and Aoyama.

Born in Seattle, Ishibashi studied film scoring at Berklee College of Music before becoming a highly in-demand violinist, performing with artists including of Montreal, Regina Spektor and Tall Tall Trees. He released his solo debut LP, 151A, in 2012 and has subsequently issued two live albums and two studio albums, including 2016’s Sonderlust. He is based in Athens.

For Omoiyari, Ishibashi has visited the sites of camps throughout the western half of the U.S. where more than 100,000 Japanese Americans, most of them American citizens, were incarcerated by the federal government from 1942 until after World War II’s end. Accompanied by Saporiti and Aoyama and with the incarceration sites as a backdrop, Ishibashi has written and performed highly personal music that engages with this difficult history as well as social and racial divisions in today’s America.

Saporiti is the guiding force behind No-No Boy, a music and research project on which he collaborates with Aoyama, whose grandmother was incarcerated in one of the World War II camps, Heart Mountain in Wyoming. No-No Boy is a multimedia concert featuring Saporiti’s music interwoven with stories he has collected, performed against a backdrop of projections displaying archival photographs and films.

The Seney-Stovall event will integrate components of Omoiyari, No-No Boy and improvised musical performances, along with the panel discussion with Morrow. A total of 170 seats for this event will be available to the public. One hundred general admission seats were made available on Feb. 5 by online RSVP at http://bit.ly/2EgPAIq. An additional 70 seats will be available on a first-come, first-served basis when doors open. Doors open at 6:30 p.m., and the event begins at 8. Those with online reservations and other guests will be admitted before walk-ups. Any online reservations that are unclaimed at 7:30 p.m. will be released to the public.

The event is part of the Global Georgia Initiative, an annual guest speaker series produced by the Willson Center for Humanities and Arts. It is presented in partnership with the history department in the Franklin College of Arts and Sciences, the Asian Studies Program and the Athens Music Project, a Willson Center Faculty Research Cluster.