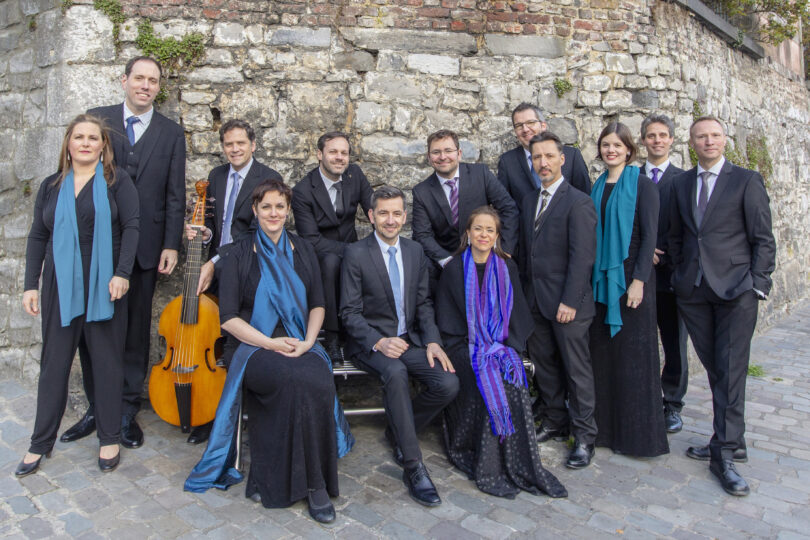 In the years before, during and after J.S. Bach’s life, his sons, forebears and other relatives produced music of impressive quality and diversity. On Oct. 27, at UGA’s Hodgson Concert Hall, Vox Luminis and artistic director Lionel Meunier perform pieces by four different Bachs and a composer J.S. Bach once walked 250 miles to meet: Dietrich Buxtehude.

The pieces, which include J.S. Bach’s moving cantata “Christ Lay in the Bonds of Death,” will be performed by an ensemble of 10 singers. Accompanying them are five string players, an organist and one musician playing the theorbo, a type of lute with an extremely long neck.

Since its foundation in 2004, Vox Luminis has been internationally praised for its unique sound, both with a cast of soloists and in larger productions. Vox Luminis specializes in English, Italian and German repertoire from the 17th and early 18th centuries, bringing to life not only well-known masterpieces, but also rare gems.

In 2012, Vox Luminis won the Recording of the Year at the prestigious Gramophone Awards. Since then, the group has made multiple recordings with Ricercar, Alpha Classics, Ramée and Musique in Wallonie, and has won numerous international prizes, including Klara Ensemble of the Year 2018, BBC Music Magazine Choral Award 2018, 3 Diapasons d’Or, and several Preis der Deutschen Schalplattenkritik. In 2019 the ensemble received another Gramophone Music Award in the choral category for its recording of Buxtehude: Abendmusiken.

The Vox Luminis performance is just one of the classical vocal offerings in the UGA Presents season. The Atlanta Symphony Orchestra and Chamber Chorus perform the Christmas portion of Handel’s “Messiah” and other seasonal favorites Dec. 21. And the critically acclaimed male a cappella group Chanticleer returns to Hodgson Concert Hall on March 3, 2023.

The Soweto Gospel Choir appears in Hodgson Concert Hall Nov. 15 with a program titled “Hope: It’s been a Long Time Coming,” which traces the American civil rights movement and the fight against apartheid. Grammy-winning a cappella gospel sextet Take 6 presents “The Most Wonderful Time of the Year” on Dec. 17.