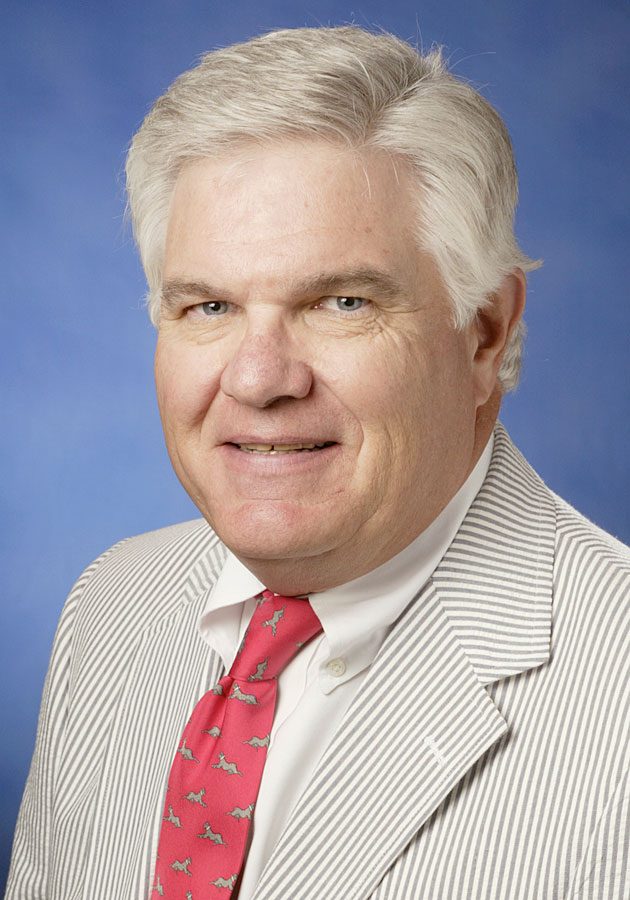 Campbell, a partner in the firm of McKenna Long & Aldridge LLP, will be the speaker for the banquet, which will also include presentation of the Blue Key Young Alumnus Award to Scott Hershovitz, a former UGA Rhodes Scholar who is now a law professor at the University of Michigan.

The banquet, which is open to the public, will be at the Georgia Center for Continuing Education Conference Center and Hotel. Reservations, at $25 per person, can be made by contacting Janet Lance at 706/542-0017.

Blue Key honor society was founded in 1924 and has more than 300 chapters throughout the U.S. The UGA chapter, which was started in 1926 as the second chapter in the nation, has presented the Blue Key Service Award since 1964 to distinguished citizens who have made important contributions to the nation, state, UGA and their community.

Campbell, an attorney in Atlanta for more than 35 years, received a bachelor’s degree from UGA in 1964 and a master’s degree in 1967 and earned his law degree from Georgetown University Law Center in 1971. Before entering law practice, he was executive secretary and administrative assistant to the late U.S. Sen. Richard B. Russell of Georgia.

Before joining McKenna Long & Aldridge, he was a partner in the firms of Heyman & Sizemore; Hicks, Maloof & Campbell; and Long Aldridge & Norman. He is a trustee of the American College of Trial Lawyers and the American College of Bankruptcy and has been listed every year since 1990 in Best Lawyers in America. He is a past president of the Southeastern Bankruptcy Law Institute, Inc.

Nalley received a bachelor’s degree in business administration from UGA in 1964 and in 1971 became the third generation of Nalleys to work in the family automobile business. He is chairman of Asbury Autogroup Atlanta, one of the largest automotive sales firms in the South, and is also a partner in Fairfax Imports in Fairfax, VA.

Nalley is a former trustee chair of the University of Georgia Foundation and was instrumental in creating the UGA Real Estate Foundation. He has been a practitioner/lecturer in UGA’s Terry College of Business and in 2000 received the UGA Alumni Association’s Alumni Merit Award for sustained assistance to the university.

A leader in Atlanta business and civic affairs, Nalley has served on the boards of the High Museum of Art, the Shepherd Spinal Center and the Atlanta Chamber of Commerce and was on the Emory University Board of Visitors and Brenau University Board of Visitors. He has been president of the Metro Atlanta Chevrolet Dealers Association, chairman of the PACCAR National Distributors Council and served on the Governor’s Commission on the Privatization of Government Services.

Yoculan has built one of the nation’s premier collegiate women’s gymnastics programs since becoming head coach of the UGA Gym Dogs in 1983. Her teams have won nine national championships, including consecutive national titles in 2005, 2006, 2007 and 2008, as well as 16 Southeastern Conference championships and 19 NCAA regional titles.

She is host of the “Suzanne Yoculan Gym Dogs Show” broadcast on regional and national television and is author of Perfect 10, a book that chronicles the history of Georgia gymnastics and collegiate gymnastics nationally. Yoculan has announced that she will retire in 2009 at the conclusion of the upcoming season.

He is an assistant professor in the University of Michigan Law School where he teaches and writes in the areas of jurisprudence, tort law and national security law. Before joining the Michigan faculty, he was a clerk for U.S. Supreme Court Justice Ruth Bader Ginsburg.

He also has been a clerk for U.S. Ninth Circuit Judge William Fletcher and was on the appellate staff of the Civil Division of the U.S. Department of Justice. He is editor of the book Exploring Law’s Empire: The Jurisprudence of Ronald Dworkin, published in 2006.

The Tucker Dorsey Memorial Scholarship is named for a former Blue Key student who died in an auto accident in 1965. The scholarship recognizes students for outstanding service and leadership.

The Richard B. Russell Award recognizes a Blue Key student for outstanding leadership ability and potential.