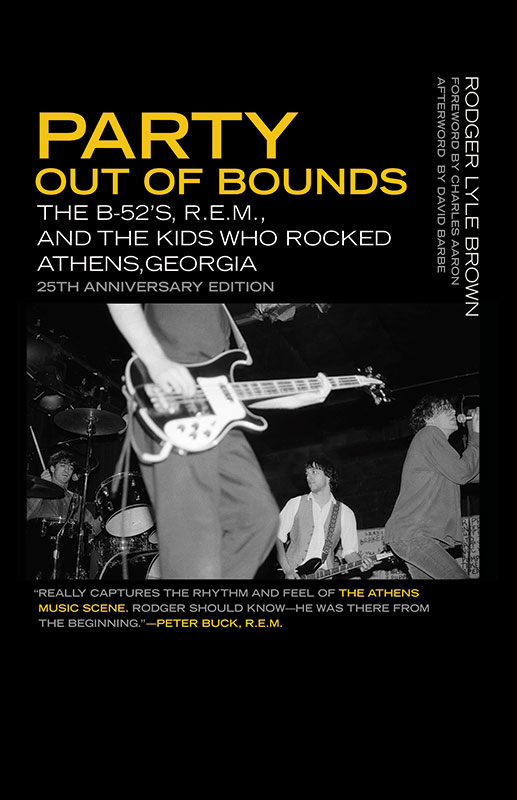 Originally published in 1991, Rodger Lyle Brown’s Party Out of Bounds is a cult classic that offers an insider’s look at the underground rock music culture that sprang from Athens.

Brown uses half-remembered stories, local anecdotes and legendary lore to chronicle the 1970s and 1980s and the spawning of Athens bands such as the B-52’s, Pylon and R.E.M. Their creative momentum helped to usher in a new wave of music on a national and international level, putting Athens on the map.

Brown takes the reader on a romp from the South’s dirty back roads and all-night porch parties to the precipice of rock  superstardom. This 25th-anniversary edition includes new and rarely seen photographs by locals on the scene; a foreword by Charles Aaron, former longtime editor and writer at SPIN magazine; and an afterword by UGA’s David Barbe, drawn from an essay originally published in the Oxford American‘s 2015 music issue.