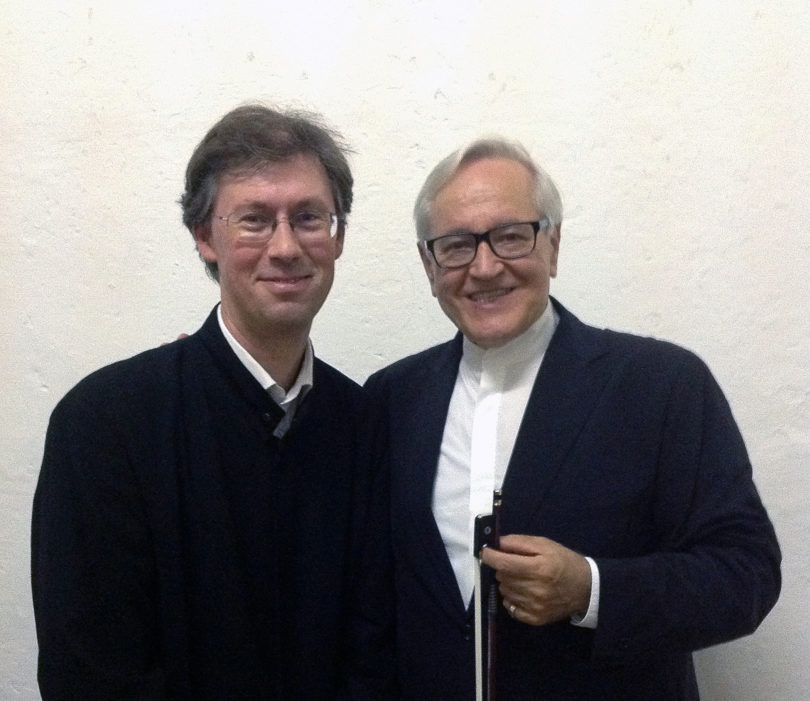 The duo’s program will feature Beethoven’s Sonata No. 5 in D Major, Strauss’ Sonata in F Major and several compositions by Rachmaninoff, including the Sonata in G Minor.

Tickets for the concert are $30 with discounts for UGA students. Tickets can be purchased at the Performing Arts Center box office, online at pac.uga.edu or by calling 706-542-4400.

Geringas is an award-winning cellist and conductor, recognized around the world for his unusually broad repertoire that ranges from early baroque to contemporary music. The native Lithuanian won the gold medal at the 1970 International Tchaikovsky Competition, the highly competitive classical music competition held every four years in Moscow. In 2006, he was awarded the Order of Merit of the Federal Republic of Germany for his outstanding achievements as a musician and an ambassador for Germany’s culture.

Geringas is a professor at the Moscow Conservatory and at the Central Conservatory of Music in Beijing. His extensive discography has garnered many international honors, including France’s Grand Prix du Disque and Diapason d’Or as well as the German Record Critics’ Award.

In 1989, at age 19, Fountain became the youngest winner of the Arthur Rubinstein Piano Master Competition in Tel Aviv. Since then, he has performed extensively throughout Europe, the U.S. and the Far East with orchestras such as the London Symphony, the Israel Philharmonic and the Czech Philharmonic.

As a recitalist, Fountain has performed around the world in New York, Chicago, Paris, Berlin, Madrid and Jerusalem. He is a regular guest of international music festivals such as Prague Spring, Berlin, Schleswig-Holstein in Germany, Enescu in Romania and Kuhmo in Finland. Fountain has been a piano professor at the Royal Academy of Music in London since 2001.

The Performing Arts Center also has scheduled an educational residency for Geringas and Fountain to work with students at UGA’s Hugh Hodgson School of Music.

The residency is made possible by a grant from the Willson Center for Humanities and Arts.