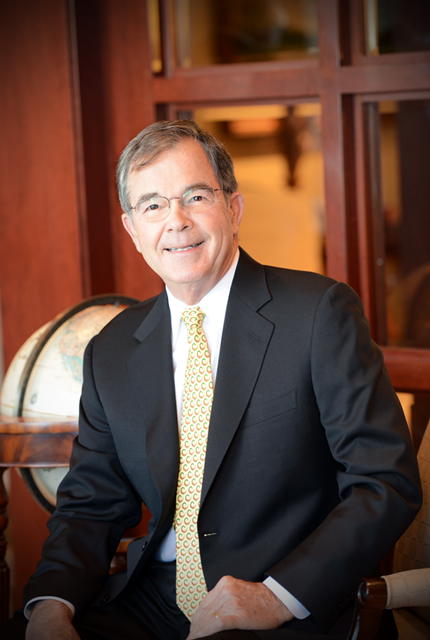 Billy Payne, who served as chief executive of Atlanta’s 1996 Olympic Games, will deliver UGA’s Mason Public Leadership Lecture Nov. 3 at 11 a.m. in the Chapel. He is currently chairman of the Augusta National Golf Club, host of the Masters Tournament.

Payne, who is a founding member and chairman of Centennial Holding Co. and a former UGA football player, led the bid for Atlanta to host the Centennial Olympic Games. He made history by becoming the only person in modern times to continue uninterrupted as president and CEO of the games themselves.

The Mason Public Leadership Lecture is supported by a grant from Keith Mason, a lawyer and alumnus of UGA’s Terry College of Business. It features prominent business leaders who have contributed significantly to their communities or spent time in a public service role.

“I want to thank Keith Mason for his continued support of this outstanding lecture series,” said UGA President Jere W. Morehead. “His generosity enables the university to create rich learning experiences for our campus community.  We are excited to welcome Billy Payne back to his alma mater and look forward to hearing his insights on leadership and public service.”

As chairman of Centennial Holding Co., based in Atlanta, Payne has grown the real estate investment firm’s portfolio to more than $1 billion in asset value, encompassing 35 communities and over 10,000 units. Payne previously served as managing director of Gleacher and Co., vice chairman of Bank of America, vice chairman of PTEK Holdings and vice chairman of WebMD. He also serves on the board of directors of Lincoln National and Altec. Payne earned an undergraduate degree in political science in 1969 and a law degree in 1973 from UGA.