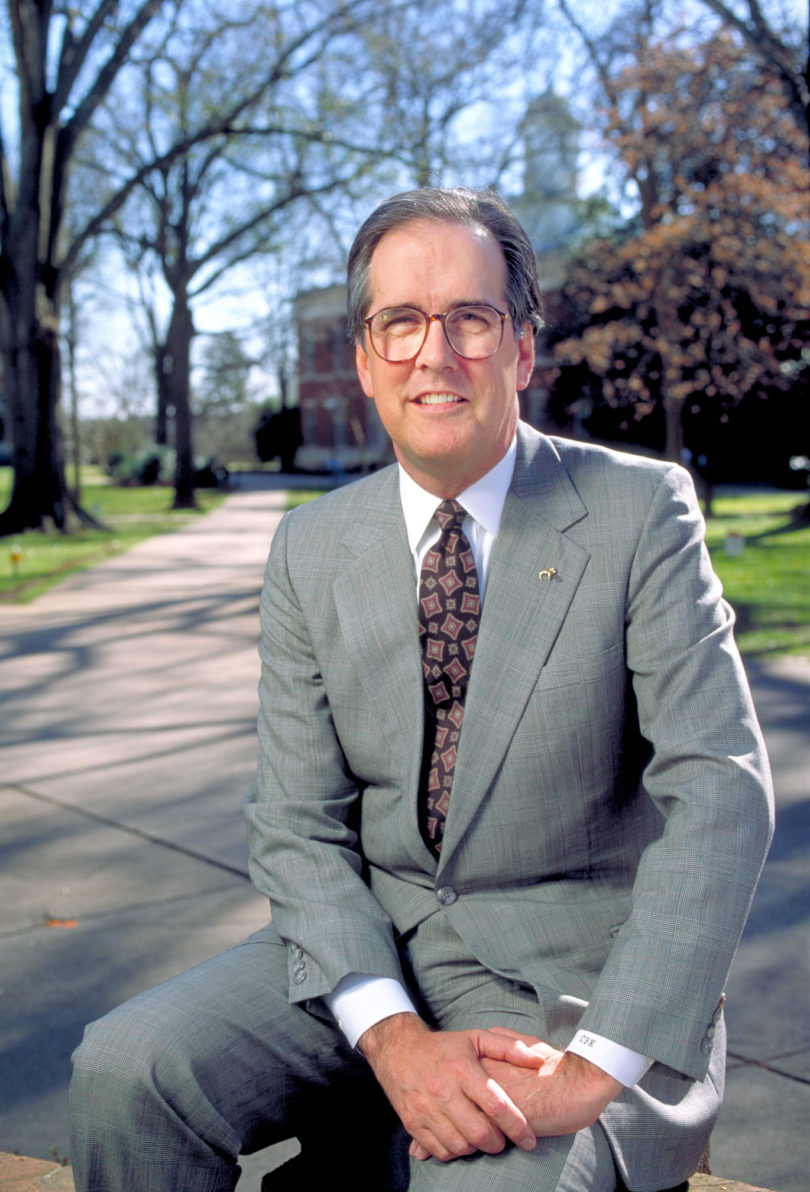 Former UGA President Charles B. Knapp is coming back to the university-this time as a teacher.

Knapp, who was president from 1987 to 1997 and holds the title of president emeritus, will join UGA’s Institute of Higher Education this fall on a part-time basis as a Distinguished Public Service Fellow. He will also hold faculty rank as a professor of economics in the Terry College of Business.

His appointment is subject to approval by the University System of Georgia Board of Regents.

The Institute of Higher Education prepares doctoral students for teaching and administrative positions in colleges and universities. Knapp will teach seminars on the university presidency and academic leadership and will be available for public service activities, according to Tom Dyer, director of the institute.

“I am very pleased to accept this appointment to join the faculty of the University of Georgia,” says Knapp, who was UGA’s 20th president. “I hope I can once again contribute to making a difference in the lives of both our students and the people of Georgia.”

President Michael F. Adams, who succeeded Knapp in 1997, says the return of his predecessor will benefit not only UGA but also higher education throughout Georgia.

“Charles Knapp possesses a tremendous wealth of knowledge and understanding about the critical issues facing higher education today,” Adams says. “His insights and experience will be invaluable in preparing students for leadership roles in education, and we will look to him for guidance in enhancing the academic prowess of the University of Georgia and strengthening higher education in the state. He is one of UGA’s most notable and accomplished leaders and we are delighted to welcome him back to the university community.”

Dyer says Knapp’s appoint­ment will be on a one-third-time basis. He will commute to Athens from Atlanta, where he lives and serves as director of educational development for the CF Foundation, Inc., a private family foundation.

“The institute is extremely pleased to have Dr. Knapp join our faculty,” says Dyer. “He brings much distinction and many important dimensions of experience to this new role.”

Knapp’s tenure as president was marked by increased emphasis on teaching excellence, sharp growth in research funding and completion of the $150 million Third Century Campaign, at the time the largest fund-­raising initiative in the university’s ­history.

Construction projects with a total value of more than $400 million were started or completed during his administration.

Knapp was a founding ­member of the Georgia Research Alliance and was involved in creating the HOPE Scholarship under the leadership of former Gov. Zell Miller.

He was chair of the National Association of State Universities and Land Grant Colleges and was a member of the National School-to-Work Advisory Council appointed by the U.S. secretaries of education and labor.

Since leaving UGA in 1997 to become president of the Aspen Institute, Knapp has continued his involvement in educational matters. He has been a senior scholar with the American Council on Education and was a senior fellow with the Association of Governing Boards of Universities and Colleges, where he focused on creating the Center on Public College and University Trusteeship. He continues to serve on the center’s advisory board.

For the past three years, Knapp has been a visiting professor during fall semester at Tulane University’s Payson Center for International Development and Technology Transfer.

In addition to teaching a graduate course in economics theory, he assisted with administering education, health and training grants in Africa.