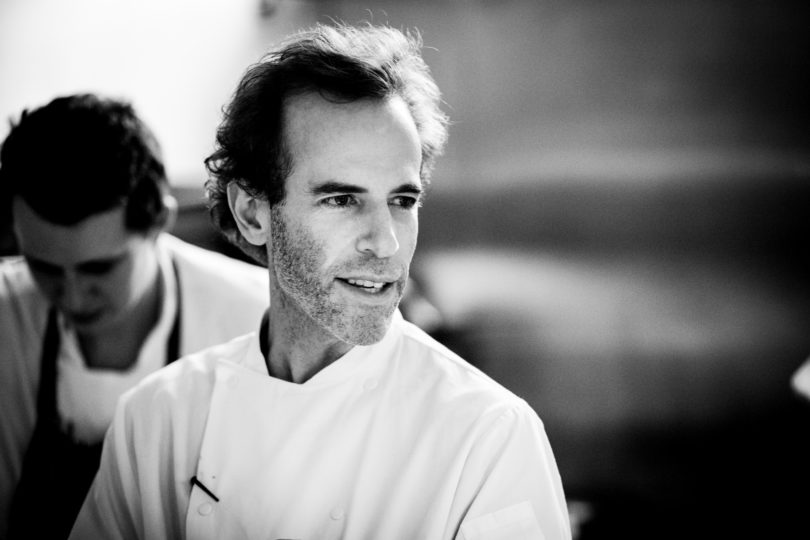 Chef Dan Barber will deliver a lecture on April 10 at 2 p.m. at the Richard B. Russell Building Special Collections Libraries.

Dan Barber, chef and national farm-to-table and sustainable food systems advocate, will deliver a lecture, “What Kind of Menu will Meet the Challenges of the Future? Exploring a New Recipe for Good Food from the Ground Up,” April 10 at 2 p.m. at the Richard B. Russell Building Special Collections Libraries.

Barber has received multiple James Beard Foundation awards and built a reputation as a chef and farmer.

He is a co-owner of Blue Hill and Blue Hill at Stone Barns in New York, the latter of which was recognized by The World’s 50 Best Restaurants Academy as No. 11 on its list.

He is also the author of The Third Plate: Field Notes on the Future of Food and has been featured in documentaries Chef’s Table and Wasted! The Story of Food Waste.

Long intrigued by the link between the growing conditions on farms and the flavors he coaxes out of meat and produce, Barber has made it his mission to educate the public about the close relationship between cooking and agriculture.

Barber works with crop breeders and farmers to develop better tasting, more nutritious vegetable and grain varieties by bringing together heirlooms and the disease and insect resistance found in modern varieties.

“Athens has been known for decades as a place where great bands are born and music thrives,” said Sam Pardue, UGA College of Agricultural and Environmental Sciences dean and director. “Today, Athens has a growing reputation for innovative chefs and good food.

“Americans are now intently interested not just in fine food, but how their food is grown, processed and cooked,” he also said. “We are fortunate to have Dan Barber join us on campus to share his perspective on the future of our food system.”