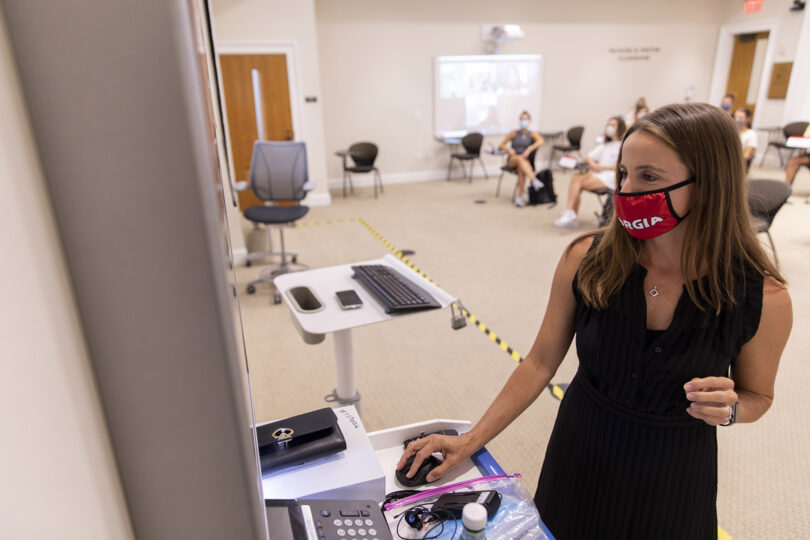 Laura Little, Synovus Director of the Institute for Leadership Advancement, teaches a class to ILA students on the first day of classes in the fall 2020 semester. (Photo by Andrew Davis Tucker/UGA)

The University of Georgia has received a record-breaking $10 million pledge from Chick-fil-A Inc. to expand and enhance UGA’s Institute for Leadership Advancement.

“This tremendous commitment from Chick-fil-A will strengthen ILA’s efforts and broaden its reach like never before,” said UGA President Jere W. Morehead. “I am deeply grateful to our friends at Chick-fil-A for helping the University of Georgia produce even more graduates who will become effective leaders in their organizations and communities.”

Chick-fil-A’s pledge is both the largest commitment dedicated to academic support in the history of the Terry College of Business, which houses ILA, and the largest single gift ILA has ever received.

“What we see in the Institute for Leadership Advancement is the chance to make a powerful impact with a one-of-a-kind program,” said Andrew Cathy, executive vice president of operations at Chick-fil-A. “We know firsthand that ILA produces graduates who are committed to excellence in leadership and in service. And the more of them there are, the better it is for all of us.”

The gift will be applied to three distinct areas within ILA. First, the ILA Leadership Fellows program will be expanded to welcome a new cohort of UGA undergraduates each fall and spring semester, instead of each year. Second, ILA will greatly expand leadership class offerings open to all UGA students, beginning next year. Finally, a new professional development symposium will be held annually, offering leadership training to the broader business community beyond the university. 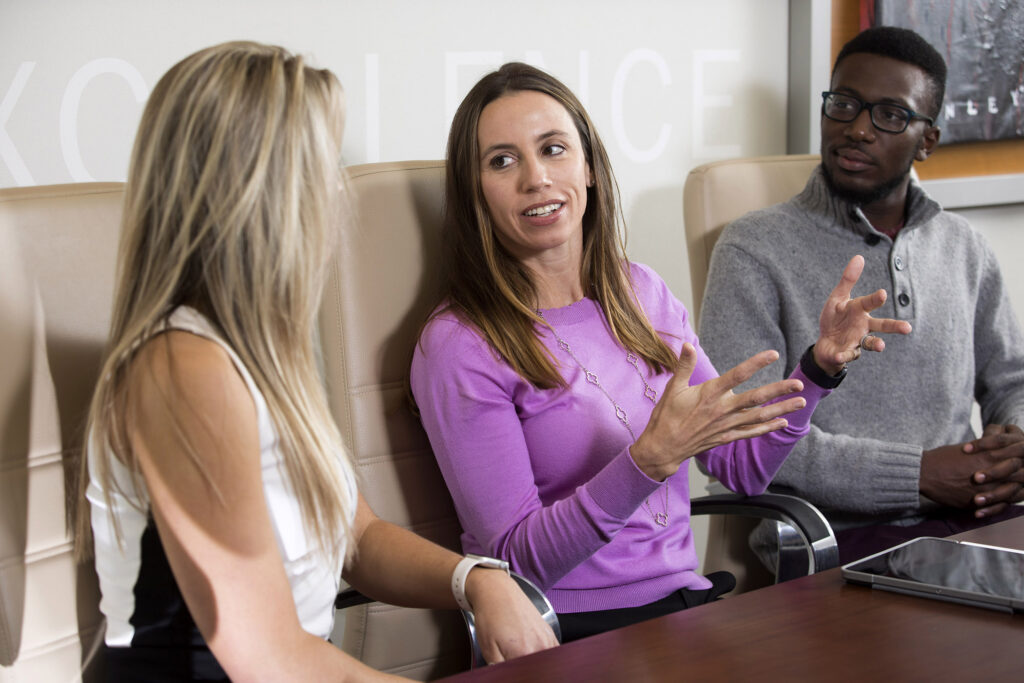 “It’s no understatement to say this gift is transformational for the Institute for Leadership Advancement,” said Terry College of Business Dean Benjamin C. Ayers. “Thanks to Chick-fil-A, this next chapter for ILA will solidify UGA’s position as a respected incubator for young, motivated leaders and mark ILA as a nationally recognized model for leadership education.”

Since its creation in 2001, ILA has graduated nearly 1,500 leaders, many of whom have joined Chick-fil-A over the years. ILA centers its programs on the core leadership values of responsibility, stewardship, excellence, integrity and purpose. Currently, two programs—the Leonard Leadership Scholars and ILA Leadership Fellows—operate within ILA, and they have annual cohorts of around 30 and 65 students, respectively, who earn an academic certificate in personal and organizational leadership.