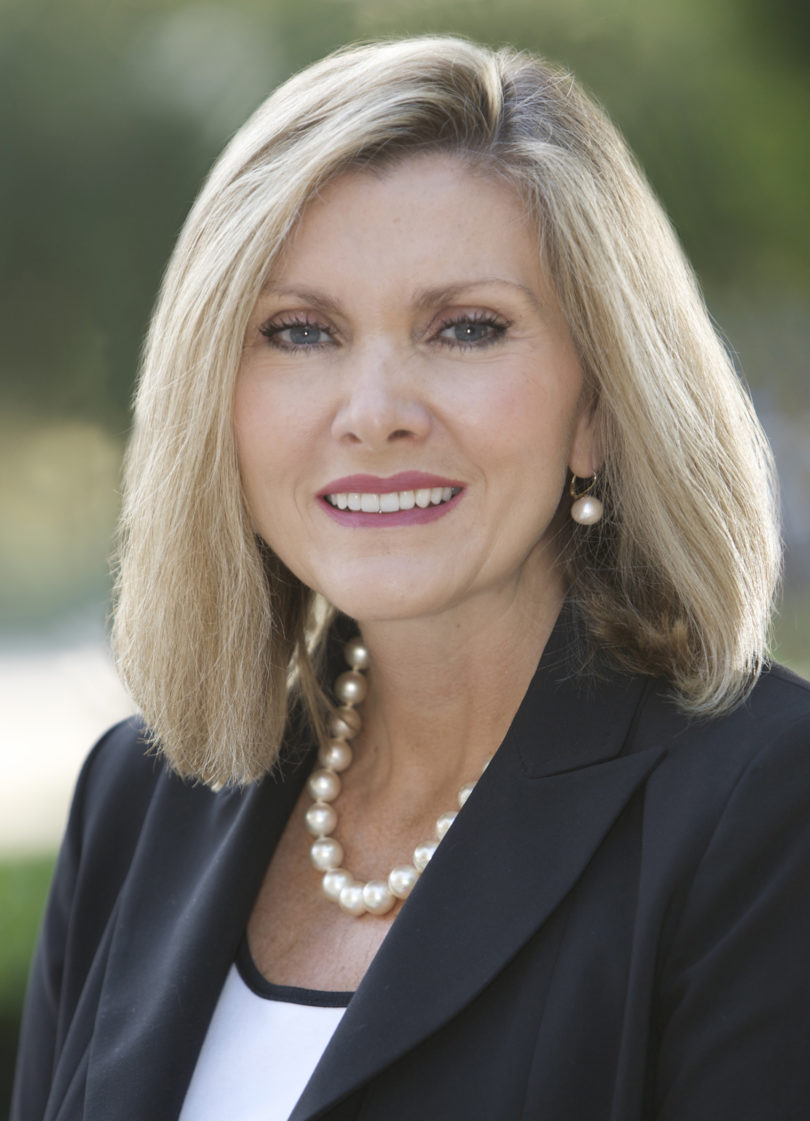 Athens, Ga. – Donna W. Hyland, president and chief executive officer of Children’s Healthcare of Atlanta, will deliver the fall undergraduate Commencement address at the University of Georgia on Friday, Dec. 18, in Stegeman Coliseum. The ceremony will begin at 9:30 a.m. with the graduate ceremony to follow at 2:30 p.m.

Tickets are not required for the graduate exercise. For the undergraduate ceremony, Commencement candidates are allowed six tickets per student.

Hyland has overseen monumental growth and achievement in her more than 29 years at Children’s Healthcare of Atlanta. Today, U.S. News & World Report consistently ranks Children’s as a top pediatric hospital, and FORTUNE magazine lists it as one of the 100 Best Companies to Work For.

UGA and Children’s Healthcare of Atlanta have a connection forged over many years by UGA Miracle, a 1,600-member student-run nonprofit organization that benefits Children’s, a branch of Children’s Miracle Network Hospitals nationwide. Since 1995, UGA Miracle has donated $4.7 million to Children’s and consistently exceeds expectations for what a group of college students can accomplish for their community.

“The university is honored to welcome Donna Hyland to campus as the undergraduate Commencement speaker this December,” said President Jere W. Morehead. “She is a dynamic leader in the health care industry who has helped Children’s Healthcare of Atlanta become one of the best pediatric health care systems in the nation. I look forward to hearing her inspiring message to our graduating class.”

Hyland first joined Children’s as its chief financial officer. She then served as its chief operating officer before attaining her current role as president and CEO. She was instrumental during the 1998 merger of Egleston Children’s Health Care System and Scottish Rite Children’s Medical Center, as well as the addition of Hughes Spalding in 2006 and the Marcus Autism Center in 2008 that led to the formation of what is now one of the largest pediatric health care systems in the country.

Hyland’s accolades are many. For her dedication to pediatric health care, she was named Georgia Trend’s Most Respected Business Leader in 2011 and has been listed as one of the magazine’s 100 Most Influential Georgians for several years in a row. She is among the Atlanta Business Chronicle’s 100 Most Influential Atlantans and received its Readers’ Choice for Most Admired CEO in the health care category. She is one of Business to Business magazine’s Women of Excellence and a 2011 Healthcare Leaders Award winner. In 2014, she was inducted into Junior Achievement’s JA Atlanta Business Hall of Fame.

Hyland serves on several corporate and civic boards, including the UGA Board of Visitors. She and her husband, Paul, reside in Atlanta, and her two children, John and Brooke, currently attend UGA.

The UGA graduate ceremony will include a keynote address by Dozier, the 13th president of Savannah State University. In her current role, Dozier has worked to expand the institution’s global engagement, foster community partnerships and improve customer service. Under her leadership, enrollment has reached an all-time high.

Dozier spent 17 years at UGA prior to her move to SSU. During her tenure, she was associate provost and chief diversity officer for the Office of Institutional Diversity, professor in the School of Social Work and assistant vice president for academic affairs at the UGA Gwinnett Campus. She directed the Ghana Interdisciplinary Study Abroad Program for over a decade and is a faculty researcher with the UGA Foot Soldier Project for Civil Rights Studies and a member of the faculty of social work at SSU.

At both the civic and academic level, Dozier is actively involved in the Savannah community and nationally. She particularly focuses on causes that promote the advancement of civil rights and social justice. She holds a bachelor’s degree from Fairleigh Dickinson University, a Master of Social Work from Atlanta University—now Clark-Atlanta University—and a Doctor of Social Work from Hunter College. A native New Yorker with Georgia roots, she is married to Arthur Dozier II and enjoys spending time with their adult children, grandchildren and extended family.

For more information on UGA’s Commencement ceremonies, visit http://commencement.uga.edu/. The ceremonies will be streamed live online at http://www.ctl.uga.edu/ctlcable.