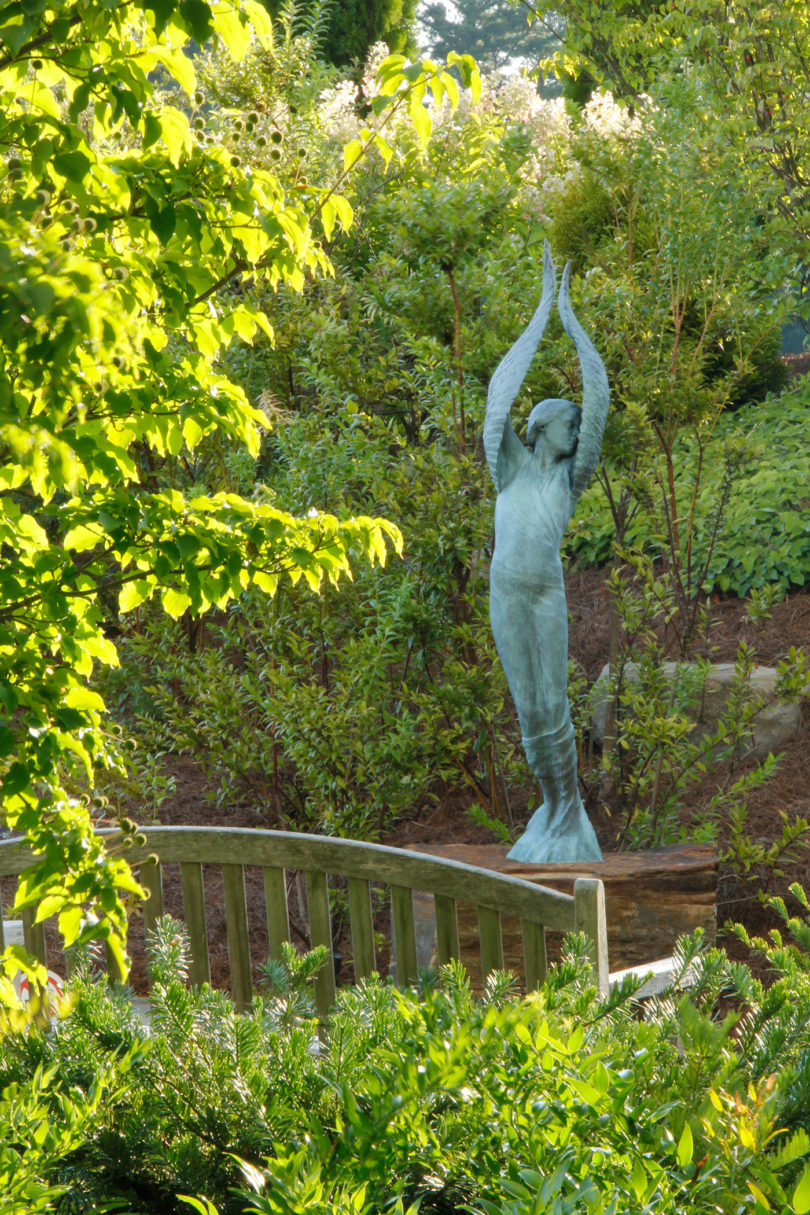 Works by Jean Wilkins Westmacott will be on display in the Circle Gallery through Feb. 22.

Sculpture by Jean Wilkins Westmacott will be featured in the exhibit Figure Settings in the Circle Gallery at the College of Environment and Design from Jan. 17 through Feb. 22.

The gallery, which is open free to the public, is at 285 S. Jackson St. in the Jackson Street Building. An opening reception and gallery talk by the artist will be held Jan. 17 from 4:30-6 p.m.

The Circle Gallery exists to inspire students and the community through art and exploration of the nature of design at varying scales. Westmacott is a sculptor living in Oglethorpe County, where she and her husband Richard Westmacott have restored numerous historic buildings, including their own 19th-century farmhouse. A graduate of Temple University and the University of Pennsylvania in Philadelphia, Westmacott served as gallery director and as the arts management and sculpture programs’ director on the art and design faculty at Brenau University in Gainesville. There she organized a variety of exhibitions, delivered museum education programming and managed Brenau University’s art collection for 16 years. In 2005, she received Brenau University’s Vulcan Award for Teaching Excellence and Community Leadership.

Westmacott also has completed a number of sculpture commissions, including the Athena statue installed in front of the Classic Center in downtown Athens in time for the 1996 Olympics and a larger than  life-size portrait of Gainesville civil rights activist and educator Beulah Rucker. She also served as a panelist for the Georgia Council for the Arts in the 1990s, on the Art Selection Committee for Concourse E at Hartsfield-Jackson International Airport in Atlanta in 1995 and as a juror for numerous art competitions in Georgia. Until her retirement, she was deeply involved with the Georgia Association of Museums and Galleries. In 1997, she was honored as one of “Georgia’s 100 Women in the Visual Arts.”

After her retirement from Brenau University in 2006, Westmacott has continued her studio and commission work, including three bronze figures for Brenau University and the figure Elpida for Anne’s Garden at the Northeast Georgia Medical Center in Gainesville. She recently completed another commission, a life-size bronze dancer titled Terpsikhore, for the lobby of Brenau University’s performing arts center.

For more information about the College of Environment and Design, visit www.ced.uga.edu.