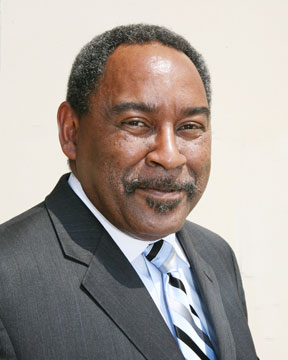 Athens, Ga. – The University of Georgia School of Social Work has selected Obie Clayton, Jr. as the inaugural holder of the Donald L. Hollowell Distinguished Professorship of Social Justice and Civil Rights Studies.

Editor of the acclaimed book An American Dilemma Revisited: Race Relations in a Changing World, Clayton is best known for his service and research in examining race relations, urban inequality, demography and the family. The professorship is named in honor of Donald L. Hollowell, a legendary civil rights attorney and lead counsel in Holmes v. Danner, the landmark case that secured admission to UGA for Hamilton Holmes and Charlayne Hunter, the first African American students to register for classes in 1961.

Clayton grew up in Mississippi during the civil rights movement and followed Hollowell’s career.

“I’m really honored, and I’m humbled,” Clayton said. “It’s a lot to live up to in the sense of the work that Hollowell did. Hollowell did not go out and solicit attention. He was never in the limelight. He was a person who was in the trenches for most of his career, and that’s what I like—you let your work speak for itself.”

“This is an historic moment for the School of Social Work and the University of Georgia,” said Maurice C. Daniels, dean of the School of Social Work. “It was an honor to work with our faculty and staff, university leaders and our donor community to endow the Hollowell Distinguished Professorship, the first distinguished professorship named for an African American at UGA. We are thrilled that Dr. Obie Clayton has joined our faculty as the inaugural Hollowell Professor.  Dr. Clayton has a strong commitment to the cause of social justice and an outstanding scholarly background related to social reform, civil rights and policy related issues,” he said.

Throughout his career, Clayton has garnered more than $10 million in grants. All of his work is centered on individuals who have been disenfranchised. Some of his recent work has dealt with those in the prison systems and those who find themselves victims of substance abuse or homelessness. “When we think of social justice and civil rights studies, these are populations at risk, and their liberties must be supported, regardless of color of skin or economic status,” he said.

For the past six years, Clayton has used a grant to teach relationship skills and financial literacy to the underserved and at-risk populations. He currently is seeking funding to research the effects of the recession on the economic position of middle-class African Americans.

In his new role at UGA, Clayton is designing a “Hollowell Symposium” that annually will invite nationally and internationally known presenters who have conducted work in the civil rights and peace movement arenas.  He also is working on designing courses in social work to introduce students to justice studies and other contemporary issues that social workers may face.  This spring, he plans to teach a course on civil rights.

“My course on the Civil Rights Movement and the Practice of Social work will expose students to the civil rights struggle and how this and other movements shape intergenerational attitudes and behaviors,” Clayton said. “This knowledge will enable practitioners to be more empathetic when dealing with clients from diverse backgrounds.”

Clayton looks forward to meeting the students. “One of the things that keeps you teaching for 30 years and keeps you young is meeting young people who have a bright future ahead of them,” he said.