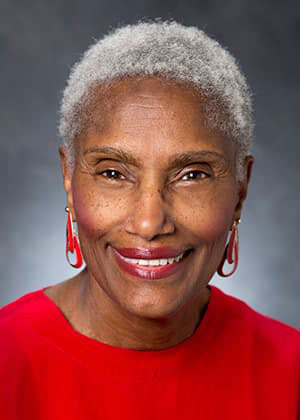 Mary M. Atwater, a professor of science education at the College of Education, is the Sachs Distinguished Lecturer in residence at Teachers College, Columbia University for the 2017 spring semester.

The lecture series was created in 1924 with the intention of bringing distinguished scholars to the university. During her tenure, Atwater will deliver the annual Sachs Distinguished Lecture and meet with faculty and students at Teachers College. Additionally, she will conduct research on faculty microaggression in higher education in the New York City area.

In 2015, Atwater began serving a three-year term as a member of the Committee on Equal Opportunities in Science and Engineering, a congressionally mandated committee that advises the National Science Foundation on ways to broaden participation, particularly of women, underrepresented persons and persons with disabilities, in scientific, engineering and related fields.

She is also the immediate past president of the National Association for Research in Science Teaching. As the organization’s first African-American female to be elected president, she led the effort to establish the association’s first research interest group, the Continental and Diasporic Africa Science Education.