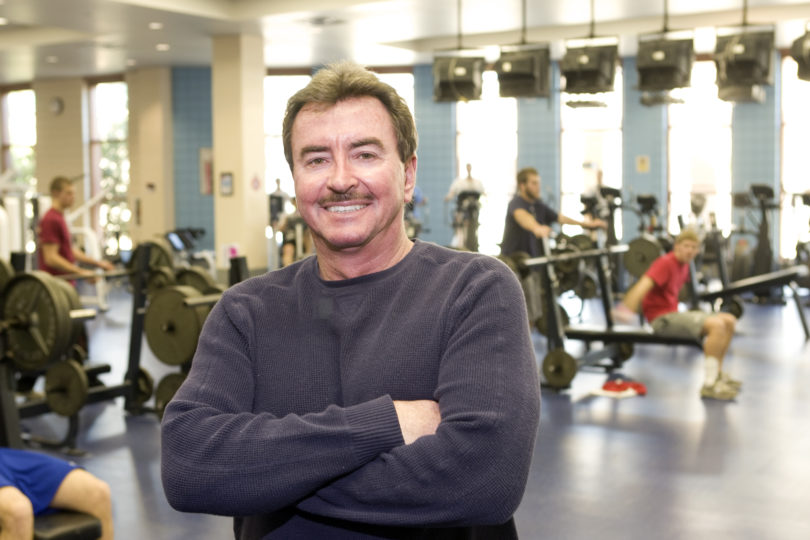 College of Education professor Rod Dishman was named one of the American College of Sports Medicine's Citation Award winners for his exercise science research.

Led by Rodney Dishman, a professor of kinesiology in the College of Education, the study featured in the journal Medicine & Science in Sports & Exercise analyzed data collected over 35 years.

“When participants lost a minute on their treadmill time, they experienced a greater risk of sleeping problems,” Dishman said. “Our findings give an incentive for adults to maintain fitness and continue exercising.”

The data, from the Aerobics Center Longitudinal Study, followed a group of over 8,000 men and women from 1971 to 2006. Their cardiorespiratory fitness was measured over four clinic visits, each separated by an average of two years.

“This kind of study is novel,” Dishman said. “In the past, studies mostly used self-reporting as a means of researching physical activity or measured fitness just once. However, this study closely examines the fitness changes in men and women over a long period of time using an objective measure of cardiorespiratory fitness.”

Administered at the Cooper Clinic in Dallas, Texas, participants initially were given medical examinations and maximal graded treadmill exercise tests. The men and women, between the ages of 20 and 85, did not complain about sleeping problems during their first visit.

Over time, a significant number of participants lost their cardiorespiratory fitness. By their second or third visits, they were no longer able to exercise on the treadmill like they could during their first visit.

For each minute decrease in treadmill endurance between the ages of 51 and 56, sleep complaints increased 1.7 percent for men and 1.3 percent for women.

Depending on an adult’s age, maintaining fitness may be difficult. Around age 45, adults will start losing fitness if they aren’t exercising regularly.

Dishman cites the Federal Physical Activity Guidelines for Americans for those looking to watch their
cardiorespiratory fitness.

“Staying active won’t cure sleep complaints, but it will reduce the odds of them,” Dishman said. “The more active you stay, the better off you’ll be.”

The study, “Decline in Cardiorespiratory Fitness and Odds of Incident Sleep Complaints,” was supported by grants from the National Institutes of Health.