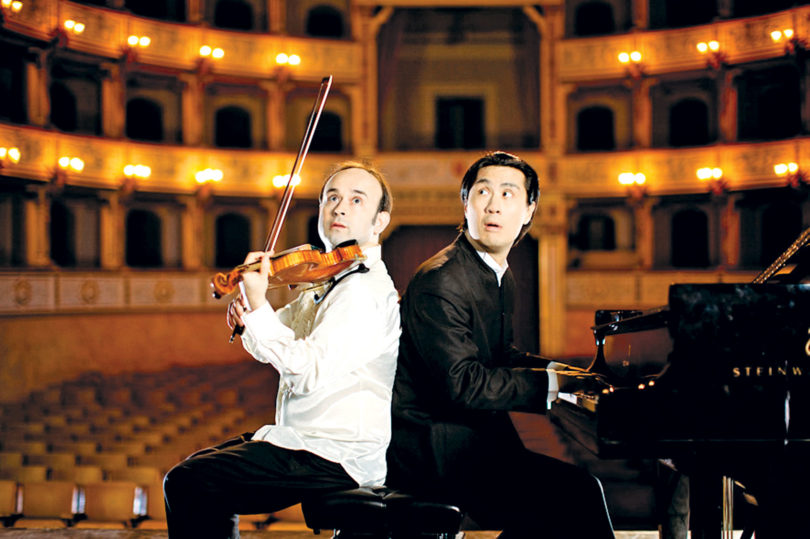 The Performing Arts Center will present a night of musical mayhem when Igudesman and Joo perform their show, A Little Nightmare Music, in Hodgson Concert Hall on Jan. 29 at 8 p.m. Tickets are $39 with special discounts for UGA students. They can be purchased online at pac.uga.edu or by calling the Performing Arts Center box office at 706-542-4400.

Igudesman and Joo have picked up the mantle of ­legendary humorists Victor Borge and P.D.Q. Bach and given it a third millennium makeover. Like their predecessors, they are serious musicians who enjoy knocking the stuffy out of staid classical performances. As a result, Igudesman and Joo have become an Internet sensation, with more than 28 million YouTube viewers.

The duo’s A Little Nightmare Music has played to packed houses around the world.

Igudesman, born in Leningrad, Russia, and Joo, a British-Korean, met as pre-teens when they studied at England’s Yehudi Menuhin School. Both are musical virtuosi, and while their comedic spin may be irreverent, they always treat the music with the utmost respect.