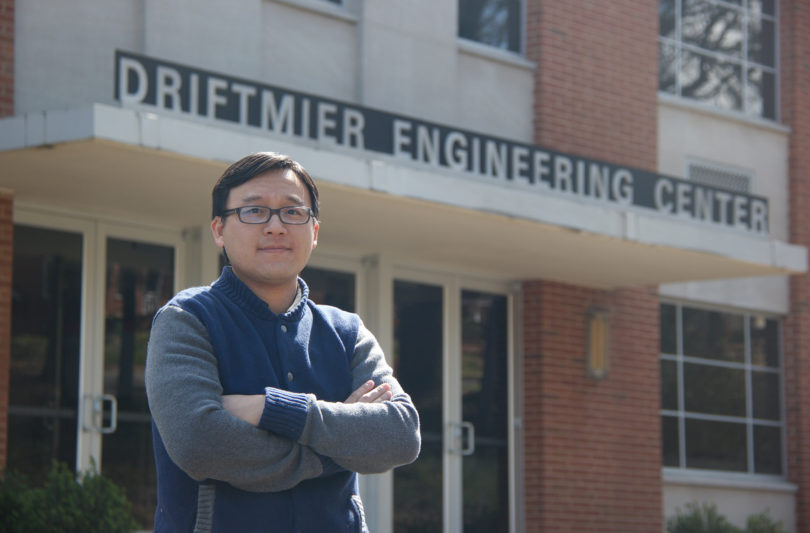 UGA researchers have created a tiny nanostructure that could provide a path toward using solar energy more efficiently in the production of fuel gases.

Writing in the journal Catalysis Today, the scientists say nanostructures fabricated from a core of iron oxide and coated with a shell of titanium dioxide absorb more solar energy than single-layer nanostructures.

The findings eventually may lead to advances in a number of applications—ranging from energy production to electronics—according to Kun Yao, a lecturer and clean room manager in the UGA College of Engineering who served as lead investigator on the project.

“In recent years, researchers looking for a sustainable solution to the world’s long-term energy needs have been exploring methods to use solar energy more efficiently,” Yao said. “One promising strategy is to design and fabricate highly efficient photocatalysts that use solar illumination to facilitate chemical reactions that produce a fuel, reduce pollution or both.”

In its paper, the research team said nanostructures fabricated from titanium dioxide, or TiO2, have been investigated extensively for solar water splitting, carbon dioxide conversion and environmental decontamination. The compound’s non-toxicity, low cost and high stability make it particularly suitable for those applications.

While titanium dioxide is an effective and widely available photocatalyst, it has a major drawback: It only absorbs ultraviolet light. This means TiO2 can only use approximately 5 percent of the sun’s energy, Yao said.

To improve the efficiency of the nanostructure, the researchers created a core of iron oxide and then applied a shell of titanium dioxide. Iron oxide is able to absorb visible light, the largest section of the solar spectrum.

While the results of the study are promising, Yao believes there are several strategies that may make the core-shell nanostructure even more efficient.

“Scientists working in the field of nanostructures are looking at processes that may not have a direct application for 10 or 15 years, so in a sense we are all pioneers,” Yao said. “But we should always work to improve our understanding of the field and lay the groundwork for future generations.”