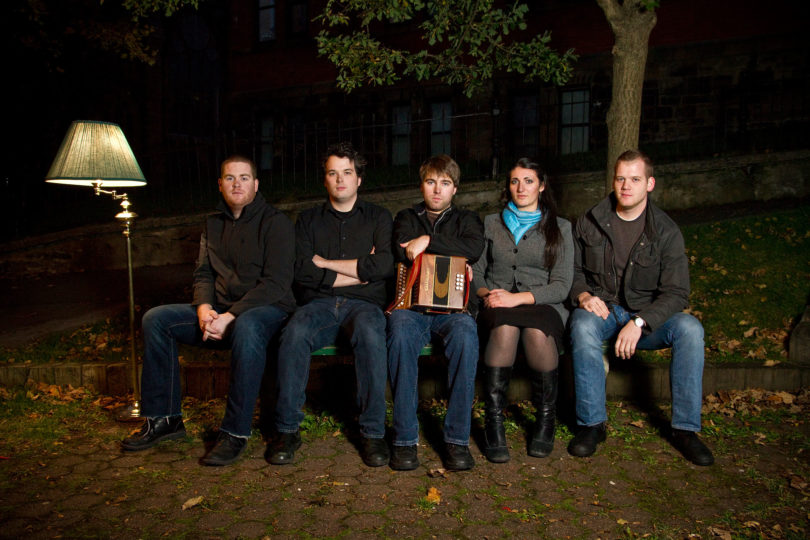 The Dardanelles will perform Nov . 7 at the Hodgson Concert Hall.

The Dardanelles started out eight years ago playing bars in their native St. John’s, attracting an audience of young people who didn’t fit the mold of a traditional music fan. The band quickly became a favorite on the Canadian festival circuit, being featured at the Winnipeg, Vancouver and Mariposa folk festivals as well as headlining their home Newfoundland and Labrador Folk Festival.

The Dardanelles are now touring throughout the United Kingdom, Australia and the U.S. Their music showcases the uplifting melodies and compelling stories of Newfoundland’s traditional music, and a typical set list runs the gamut from unaccompanied ballads to sweat-inducing dance tunes.

Tickets for the concert are $36 to $41 and can be purchased at the Performing Arts Center, online at pac.uga.edu or by calling the box office at 706-542-4400. UGA students can purchase tickets for $6 with a valid UGA ID, limit one ticket per student.

The performance underwriters are Bob and Martha Noble and Dianne D. Wall. The media sponsor is WUGA 91.7/97.9 FM.

The Dardanelles concert will be part of Spotlight on the Arts, a 12-day festival celebrating the arts at UGA.