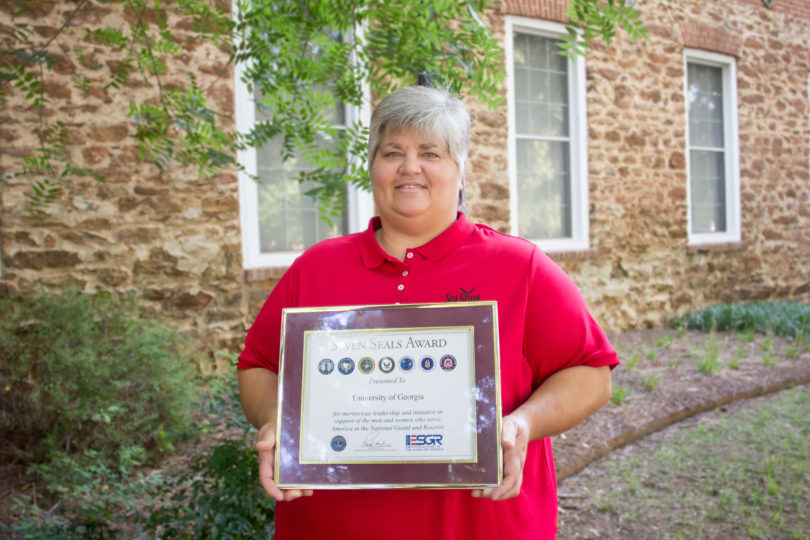 The U.S. Department of Defense has honored Marie Scoggins, administrative financial director of UGA Marine Extension Service and Georgia Sea Grant, with the Seven Seals Award. The award recognizes significant individual or organizational achievement and initiatives that promote and support the National Guard or Reserve members.

Scoggins became eligible to be nominated for the Seven Seals Award after receiving the U.S. Patriot Award in August 2015. The Seven Seals Award is the broadest and most inclusive award given to employers who support their Guard and Reserve employees.

Scoggins was nominated for the U.S. Patriot Award by Clayton Holloway, maintenance foreman at the UGA Marine Education Center and Aquarium on Skidaway Island. Holloway has praised Scoggins for her help with paperwork in preparation for deployments and for providing information about benefits while he was away on deployments. Holloway, who also serves as a master sergeant in the Georgia Air National Guard, recently was on military leave to attend mandated training in Nebraska.

Scoggins received the Seven Seals Award at the Employer Support of the Guard and Reserve Banquet held Aug. 12 in Peachtree City.