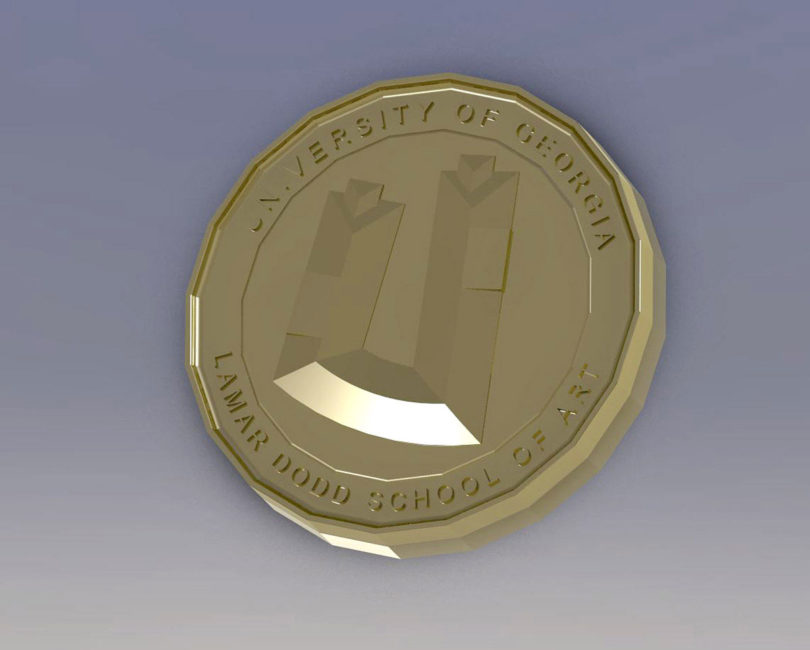 The medallion was designed by assistant professor of jewelry and metals Mary Hallam Pearse and manufactured in the jewelry studios with the help of students.

Graduates of the Lamar Dodd School of Art each received a commemorative medallion at a May 6 Commencement ceremony in Hugh Hodgson Hall. The medallion, a coin cast in white bronze, designed by assistant professor of jewelry and metals Mary Hallam Pearse and manufactured in the jewelry studios with the help of students, was an heirloom gift to graduates at every level.

Athens-based designer Donald Cope, who assisted in all aspects of the design, initially drew the coin in a 3-D software program. After being printed in wax at a high resolution, the coins were made in an ancient process called lost wax casting or cire perdue, in which a duplicate metal sculpture is cast from an original.

One side of the coin has an aerial view of the Lamar Dodd School of Art main building; the opposite side has a map of Athens, with the art school at the lower right.

More than 120 graduates received the coins at the Commencement ceremony.