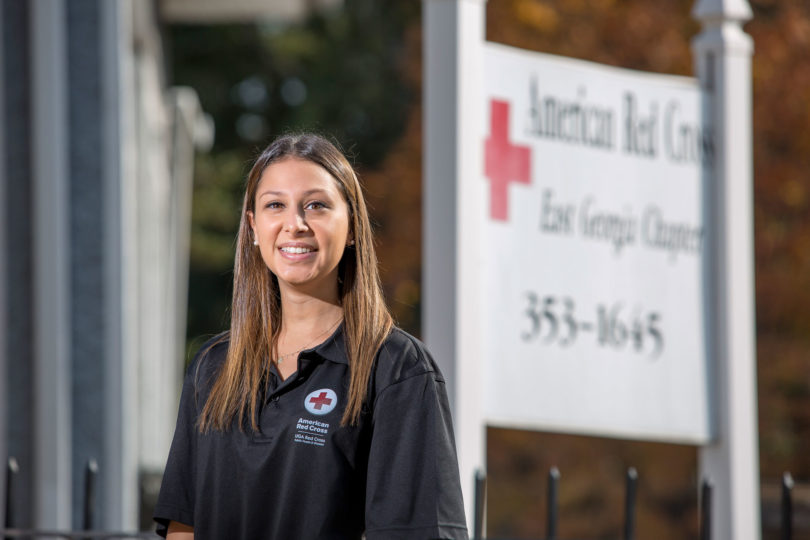 It was a simple, undramatic act. She didn’t take a bullet for anyone or push someone out of the way of an oncoming bus. Instead, she donated her blood.

“About a week after donating, I got an email from the American Red Cross saying that my donation went to a 6-year-old girl in Birmingham, Alabama,” Tiras said. “[My blood] saved her life.”

This is just one of many stories that Tiras, a fourth-year finance major in UGA’s Terry College of Business, has from years of volunteering at blood donation services. After working with such a service during high school, Tiras became involved with the Red Cross at UGA, where she is now the executive director.

The Red Cross at UGA is a branch of the American Red Cross, which works with the East Georgia chapter of the nonprofit agency. The Red Cross is one of the organizations supported by UGA’s Campaign for Charities, which ends Dec. 15.

Due to organizations like the Red Cross, people like the girl in Birmingham receive necessary blood donations when they most need them. The UGA chapter has about
250 members.

While blood donation is a large part of the Red Cross at UGA, the organization does so much more in the community.

It is split into four committees that fulfill different purposes across campus and throughout Athens: blood services, fundraising, marketing and public health and disaster relief.

One of Tiras’ favorite parts of volunteering with Red Cross at UGA is spreading the word about donating blood and the American Red Cross.

“Signing someone up to give blood can save three lives, and that’s absolutely incredible,” she said. “Giving blood is something that is so easy but also so meaningful.”

Case in point is Tiras’ recent email about the girl in Birmingham whose life her blood helped.

“For me to get that email saying ‘Hey, your blood donation saved someone’s life’ was awesome,” she said. “Something like that you will always remember.”