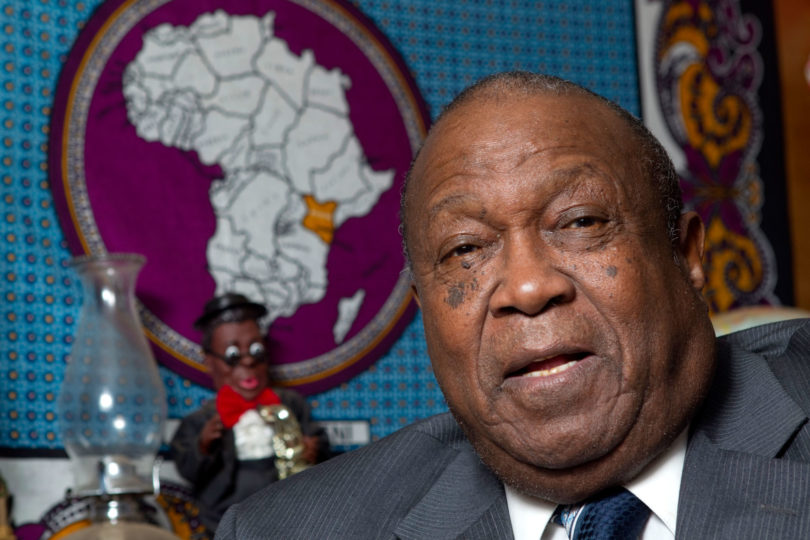 Walter Allen Sr., a former UGA adjunct professor of educational psychology and recipient of the 2013 President’s Fulfilling the Dream Award, has education in his blood.

For more than 50 years, Allen has worked with students in Georgia and Africa to help better their lives and further their education.

Allen became an educator after serving in the Army during the Korean War. He began working as a music teacher and band director at Athens High and Industrial School in 1958.

“I believed my first commitment was to the children, and that they ought to have the best whether they were white, black or polka dot,” Allen said.

During his time in the school system, Allen helped secure funding to send more than 150 Athens students to college on scholarships, an accomplishment of which he said he’s most proud.

After retirement, Allen got the opportunity to teach in Africa at the U.S. International University, Nairobi University, the Kenya Conservatory of Music, Mountainview Elementary School and the Augustana Academy.

He began donating his salary to help fund the education of the students while in Africa, something he continues when he returns as a visiting faculty each year.

“It’s just been a wonderful thing,” Allen said, adding that there are more than 50 schools involved now.

Allen said he’s been blessed to help so many others and is humbled to receive any recognition for his work, like he did at the Martin Luther King Jr. Freedom Breakfast when he received the 2013 President’s Fulfilling the Dream Award for his work in international education and with scholarships.

“It meant quite a bit to me,” he said. “I could show you all kinds of awards I’ve gotten, but that was one of my most meaningful awards.”

Allen said he is thankful for all he has been able to do and all the people he’s met.

“I learned a lot of things in my life,” he said, “but most of all I’ve learned-like Louis Armstrong said-it’s a wonderful world.”