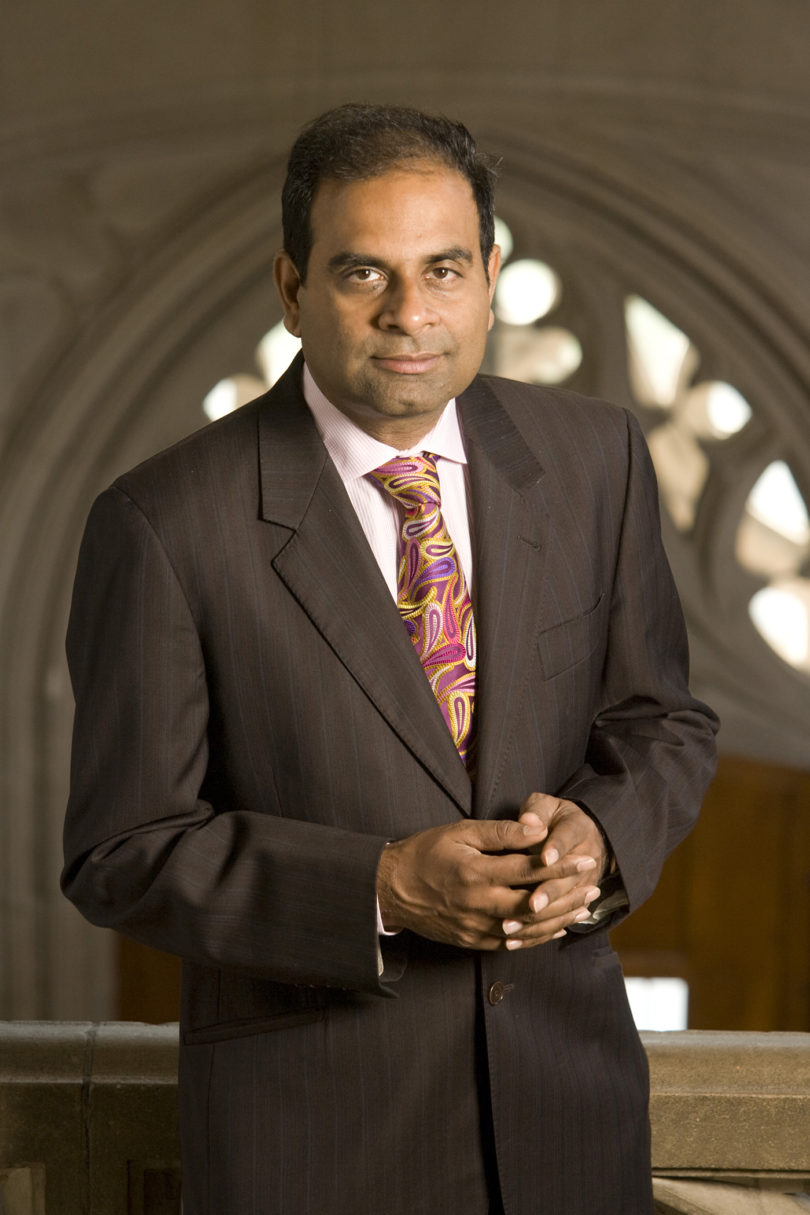 Srinivas Aravamudan, a professor and dean of humanities at Duke University, will give the first lecture of the 2013-14 Georgia Colloquium in 18th- and 19th-Century British Literature at UGA. His talk, “East-West Fiction as World Literature: Reconfiguring Hayy ibn Yaqzan,” will be Sept. 13 at 3:30 p.m. in Room 265 of Park Hall.

The lecture is open to the public. A reception will follow in the library of Park Hall.

Aravamudan specializes in 18th-century British and French literature and in postcolonial literature and theory. His study “Tropicopolitans: Colonialism and Agency, 1688-1804” (Duke University Press) was awarded the Modern Language Association Prize for a First Book in 2000.

Founded in 2007 by English department faculty member Chloe Wigston Smith, the Georgia Colloquium in 18th- and 19th-Century British Literature promotes intellectual inquiry across the disciplines, providing a forum for faculty and graduate students within the English department and from other universities.

“As someone who cares deeply and thinks seriously about the value of the humanities to the contemporary moment, Dr. Aravamudan’s work has insistently questioned and overturned traditional views of national and literary boundaries,” Wigston Smith said. “Tropicopolitans was a groundbreaking study that challenged scholars to rethink the cultural history of colonialism in the Age of Enlightenment, demonstrating how colonial subjects found sophisticated ways to resist political oppression in his retelling of the relationship between literature and globalism.”

The Georgia Colloquium in 18th- and 19th-Century British Literature is co-sponsored by the Jane and Harry Willson Center for the Humanities and Arts, the Rodney Baine Lecture Fund, the Franklin College of Arts and Sciences and the departments of comparative literature and Romance languages.