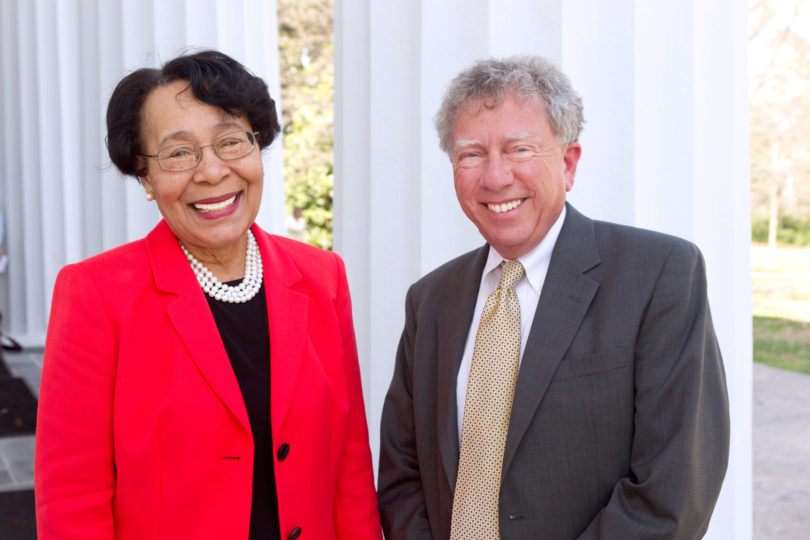 In 1967, Wharlest Jackson was murdered in Natchez, Miss., after receiving a promotion over white men at a tire plant.

Days after accepting the promotion, a bomb blew up in his truck as he was driving home. Despite an FBI investigation into the murder that produced a suspect, no arrests were made.

At the Mary Frances Early Lecture on April 2, Hank Klibanoff, a newspaper veteran and professor at Emory University, said that murders like this were not uncommon in the civil rights-era South, but oftentimes justice was never sought in such cases. Thorough investigations into these race-related murders, he said, are long overdue.

The Early Lecture, held on campus each spring, was named after the first African-American to receive a degree from UGA. Early, who was in attendance at the lecture, received her master’s in music education in 1962 despite an unwelcoming response by administrators and students at the time.

Klibanoff worked in newspapers for 36 years and won a Pulitzer Prize in 2007 for his book The Race Beat: The Press, the Civil Rights Struggle and the Awakening of a Nation detailing news coverage in the South during the civil rights movement.

Klibanoff now serves as managing editor of the Civil Rights Cold Case Project, which investigates unsolved racial murders in the South during the civil rights era.

During his address, Klibanoff recalled violent reactions by some whites in the South to racial equality.

“It’s all too easy to forget what those times were like. We must remember,” he said. “Our responsibility as journalists and historians is to tell this history and to tell these stories.”

Klibanoff praised the dignity of civil rights pioneers at the time like Early.

However, he said, victims of racial violence like Jackson were stripped of their dignity.

To help reporters investigate these injustices, Klibanoff is asking Congress to compel the FBI to open records of cold cases of civil rights-era murders to promote reconciliation and a better understanding of that period.

After Klibanoff’s lecture, Early addressed the Chapel audience and lauded the national media for coverage of the civil rights struggle.

Early has said that she enrolled in UGA only after having heard about the protests and rioting by white students opposed to the introduction of the university’s first black students, Charlayne Hunter and Hamilton Holmes.

“Had it not been for the press, I wouldn’t have seen that televised version of the riot,” Early said. “That’s honestly why I came (to UGA).”