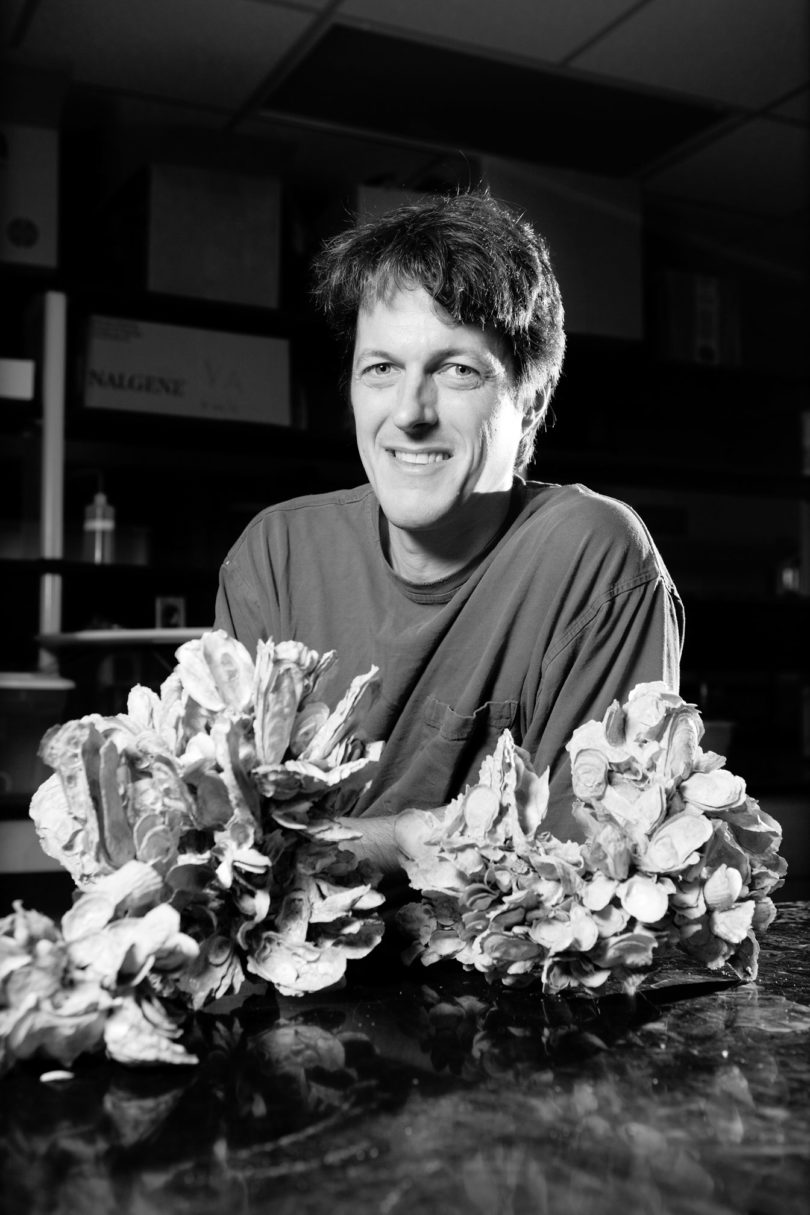 Marine ecologist Jeb Byers had his summer field season planned. He had recently been awarded a three-year grant from the National Science Foundation to examine the food web structure and ecosystem function of oyster reefs across the Southeast, from the Atlantic coast of Virginia to the Gulf coast of Florida. The grant was to begin in June, and he and his colleagues were preparing to begin sampling then-until the Deepwater Horizon oil well explosion in April changed their plans.

“Oysters are major North American ecosystem engineers-species with large effects on the surrounding physical environment and ecological community,” Byers said. “They are, of course, important for their food value, but beyond that, their reefs provide habitat for fish, control erosion and filter water pollutants. We had started developing sampling protocols, and then the spill happened.”

They suddenly had new questions to ask, and they had to start sampling much sooner than they’d intended.

“We had to ask not just how the reefs function, but how do they handle oil?” he said.

As Byers told a reporter for Discovery News, “In an ideal world, we would already have this project in place for a year. Now we’re kind of scrambling to try to get some ‘pre’ measurements.”

The oyster reef study is one of many active research projects for Byers, an associate professor and graduate coordinator in the Odum School of Ecology.

His interest in marine ecology was piqued when, as an undergraduate, he spent a semester at the Duke Marine Lab. After graduation, while working as a marine lab technician, he became interested in invasive marine invertebrates.

“I discovered I was really passionate about it,” he said. “I wanted to start devising my own projects, so I went back to school.”

“At that time, the issue of marine invasives was not really on anyone’s radar,” he said, “but by the time I graduated it had become recognized as a pretty important topic.”

Byers’ research has since branched out from his interest in invasive species to include marine parasites and disease dynamics, how species spread and retain in flowing environments such as oceans and rivers, and the afore-mentioned ecosystem engineers.

Byers is working on eight grant-funded projects in all these areas. These include the role of horseshoe crabs as ecosystem engineers on the New Hampshire coast, the effects of nutrient pollution on the ecosystem functioning of mangroves in the Caribbean, and the life history strategies of crabs and other benthic organisms off the coast of New England and Canada.

Byers appreciates working in an area that combines theoretical and applied science.

“I like being able to contribute to issues of conservation concern-there are lots of immediate, applied aspects-but this field also calls for a lot of basic theoretical research, and I enjoy that it involves both,” he said.

Byers also is passionate about teaching.

“Mentoring graduate students is one of the most rewarding aspects of my work,” he said. “That’s what interested me in the graduate coordinator position.”

Byers has introduced a new graduate student seminar that will be led by students and is working on updating the graduate program’s policies.

“What attracted me to UGA was the strength of the ecology program,” he said. “It’s really fun to be part of such a cohesive group that does extraordinary work in a lot of different areas.”

“Jeb is exactly the kind of faculty we want to attract to the Odum School,” said Dean John Gittleman. “He is doing the best of cutting edge, big ecology, integrating theory and empiricism, and using his research to instruct future generations of ecologists.”

Byers has been looking forward to the start of the new semester. He will continue to spend a lot of time on the coast monitoring oyster reefs.