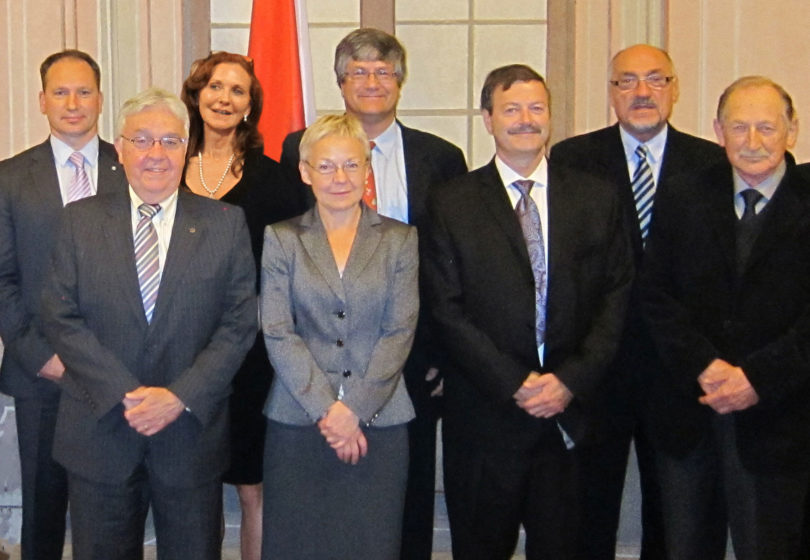 Athens, Ga. – Pulling from his research into unexploded ordnance and their carcinogenic effects on the island of Vieques, Puerto Rico, University of Georgia ecologist James W. Porter will present “The Ecology of War” Oct. 12 at 4 p.m. in room 248 of the Miller Learning Center. His talk is part of the UGA Willson Center for Humanities and Arts Science for Humanists lecture series, which is free and open to the public.

In addition to the Willson lecture, Porter will present his Vieques research to the 68th United Nations General Assembly in New York in 2013. Because of his ordnance research, he was recently appointed to the International Scientific Advisory Board on Sea-Dumped Chemical Weapons at an Organization for the Prohibition of Chemical Weapons meeting in Vilnius, Lithuania. The board advises the OPCW, which is headquartered in The Hague, Netherlands. The OPCW implements the U.N. Chemical Weapons Convention.

Porter, a Meigs Professor of Ecology at the UGA Odum School of Ecology, has conducted extensive research into the environmental impacts of unexploded ordnance in Vieques. His interest in the ecological effects of warfare began when he surveyed the coral reefs surrounding the island and discovered carcinogenic compounds were leaching from unexploded munitions.

“High explosives should probably be regulated much more carefully than they are, not just because of their detonation hazard, but also based on their carcinogenic threat,” he said. “‘Out-of-sight, out-of-mind’ can’t be our weapons disposal policy.”

Vieques was used as a bombing range by U.S. and Allied forces for 63 years after World War II, Porter said, adding that when the U.S. Navy left the island in 2003, they “left behind tons of unexploded ordnance. These unexploded munitions are corroding and leaching carcinogenic materials into the marine environment.”

Porter has documented the movements of these carcinogens throughout the coral reef ecosystem.

“Island residents have 30 percent higher cancer rates, 45 percent higher levels of diabetes, 95 percent higher incidence of cirrhosis [liver disease] and suffer 381 percent higher rates of hypertension [heart disease] than Puerto Ricans living on the mainland,” he said. “The concern is that carcinogens present on the coral reef offshore may be causally related to health problems on land.”

Following World War II, base commanders were ordered to scrap their unused munitions. Large amounts of explosive materials were dumped in U.S. territorial waters and along the coastlines of every maritime nation.

“Often this meant simply rolling it off the dock, as was discovered this year in Seattle, Wash., or barging it to dump sites in shallow waters off Savannah,” he said. “Considerably less than 1 percent of manufactured munitions are ever discharged on the battlefield. The disposal of unused munitions is a huge problem.”