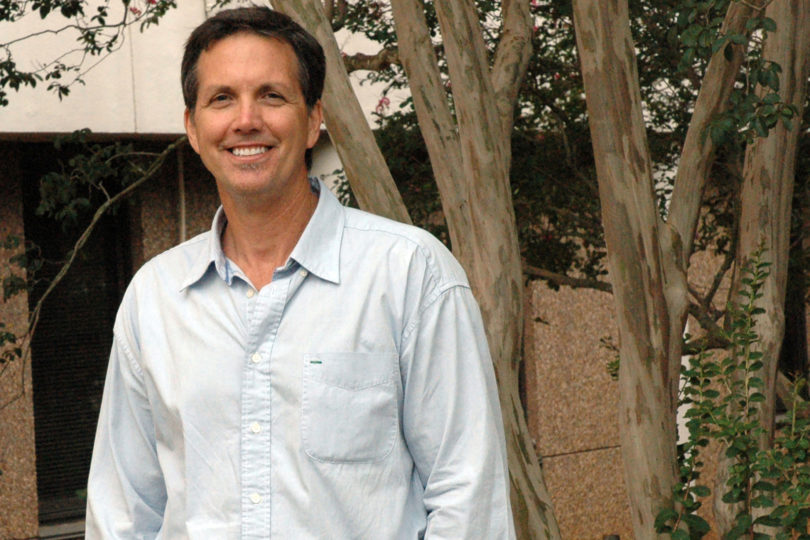 Mark Runco, a professor in the educational psychology department at the College of Education, recently participated in a report that examines how creativity works in the brain.

Co-sponsored by the National Endowment for the Arts and the Santa Fe Institute, the investigation brought together over a dozen experts, including neurologists, artists and cognitive psychologists, for a comprehensive study of the links between art, learning and neuroscience.

The report, “How Creativity Works in the Brain,” is an extension of a 2014 research workshop, which addressed how creativity is related to the arts, cognition and brain function. Runco was chosen to represent the creativity research field during a two-day meeting in Santa Fe, New Mexico, with several artists, neuroscientists and NEA representatives.

In fact, a past study conducted by Runco points to the advantages of bringing optimal groups together for creative problem solving. According to Runco, interdisciplinary and heterogeneous groups are vital for determining where grants should be given and how best to study creativity in the future.

In addition to defining the concept of creativity, the report also addresses the nature of creativity in the brain, including what makes up the anatomy of an “aha” moment.

“(The way creativity works in the brain) is not localized,” said Runco. “There are systems and networks. Certain portions play critical roles, like the prefrontal cortex, and some new research is suggesting the cerebellum, but again, creativity requires multiple brain processes.”

In the report, participants addressed how to study creativity in a way that integrates multiple disciplines, including cognitive psychology, education, neuroscience and the arts. From these discussions, two research objectives for future creativity research were created for the report.

The first research objective is to use mixed-methods research to discover and describe the neurobiological foundations for the creative process, while the second goal is to validate existing behavioral assessments on creativity with neurobiological testing.

By accomplishing these goals, future creativity tests may be adopted more widely by educators, employers and other decision makers. However, there is still little neuroscience to support creativity research.

“I suppose (creativity) is like a car—you won’t get far with just a fuel injector, nor just a muffler,” Runco said. “Creativity and the brain are of course more complicated than the car engine, and there are many unknowns with the brain. There is still a huge gap between the electrical-chemical reactions and cognition, feeling and behavior.”

Runco has studied creativity for nearly 30 years and has published around 200 articles, chapters and books on its measurement and enhancement, including the primary textbook used in the field. He co-edited the Encyclopedia of Creativity and is the founder of the Creativity Research Journal and Business Creativity and the Creative Economy.

Runco is the past president of Division 10 of the American Psychological Association and was the E. Paul Torrance Professor of Creativity Studies at the UGA College of Education from 2008 to 2014.