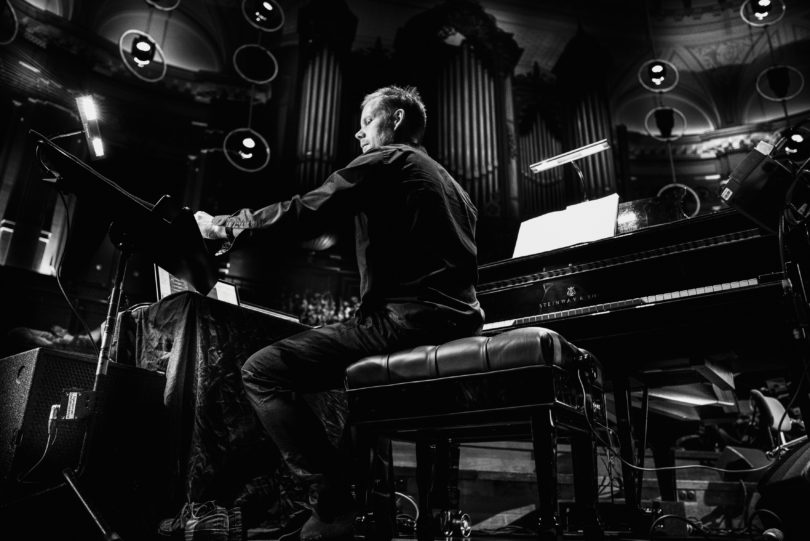 UGA Presents is bringing composer, pianist and remixer Max Richter to Athens Sept. 30. The electro-acoustic artist will be joined by the American Contemporary Music Ensemble for a 7 p.m. performance in Hodgson Concert Hall. The program will include Richter’s “Infra” and music from “The Blue Notebooks.”

Inspired equally by Bach, punk rock and ambient electronica, Richter’s sonic world blends his formal classical training from the Royal Academy of Music with modern technology. His distinctive brand of heartbroken melodicism has been noted for its “overwhelming emotional power” by Time Out and for its “astonishing depth and beauty” by the New Statesman.  The Guardian has called his music “languorously transcendent.”

Richter has composed music for over 50 film and television projects including Martin Scorsese’s “Shutter Island” and Damon Lindelof ’s HBO series, “The Leftovers.” He was awarded the European Film Prize for his score for Ari Folman’s “Waltz with Bashir.”

The American Contemporary Music Ensemble is dedicated to the performance of masterworks from the 20th and 21st centuries. ACME has performed at leading international venues including Carnegie Hall, the Metropolitan Museum of Art, the Library of Congress in D.C. and Australia’s Melbourne Recital Hall and Sydney Opera House. ACME’s dedication to new music extends across genres and has earned them a reputation among both classical and rock crowds. National Public Radio calls them “contemporary music dynamos.”

Tickets for the concert start at $25 and can be purchased at the Performing Arts Center box office, online at pac.uga.edu or by calling 706-542-4400. A limited number of discounted tickets are available to current UGA students for $6 to $10 with a valid UGA ID (limit one ticket per student).

A pre-performance talk will be given at 6:15 p.m. in Ramsey Concert Hall.