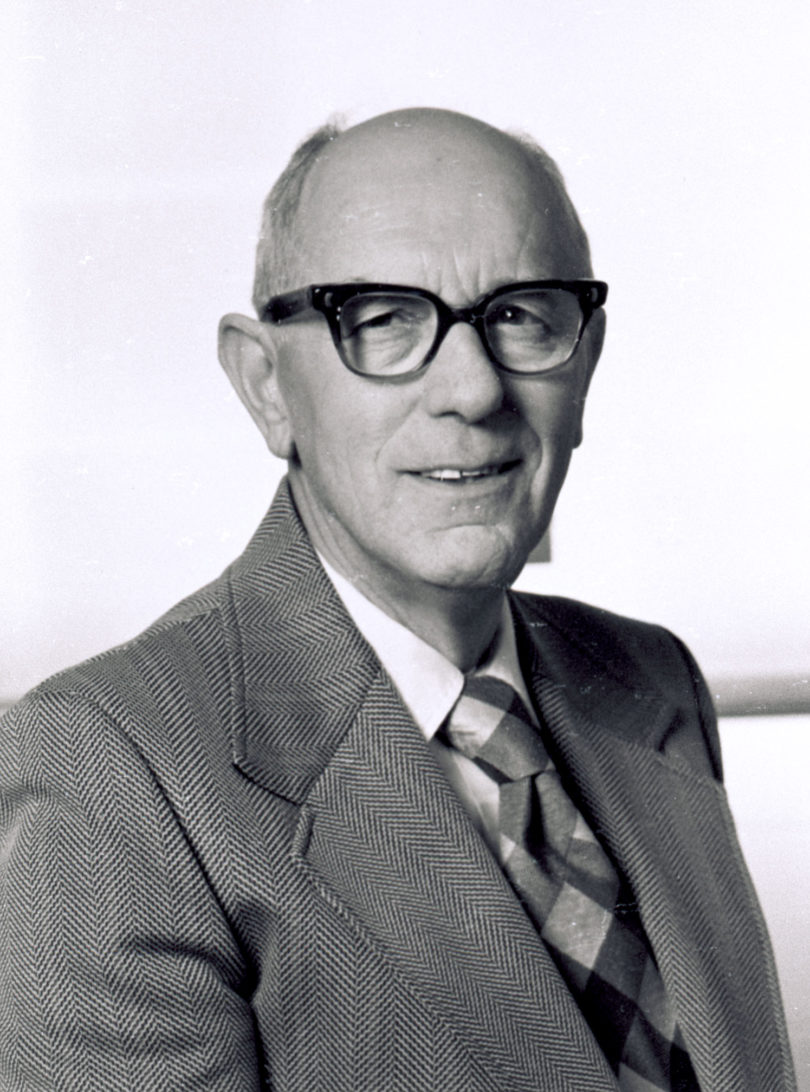 The entomology department in the College of Agricultural and Environmental Sciences has received a gift of more than half a million dollars that eventually will establish an endowment honoring the late UGA entomologist Herbert H. Ross and his wife, Jean.

The $505,000 donation from Ross’s son and daughter-in-law, Charles A. and June R.P. Ross, is the largest gift the entomology department has ever received. It will be used to establish the Herbert H. and Jean A. Ross Memorial Endowment to further the study of insect systematics.

Herbert Ross, who was on the entomology faculty from 1969 until his retirement in 1975, was an expert in insect systematics, the science of classifying species of insects and understanding their natural relationships. He was a world authority on the order Trichoptera, which includes caddis flies.

The author of six books, seven book chapters and more than 200 other scientific publications, Ross came to UGA from the Illinois Natural History Survey and the University of Illinois, where he had worked for 42 years. He died in 1978 in Athens.

“While he was here Dr. Ross was probably the leading figure in the world in insect systematics,” says Ray Noblet, head of the entomology department. “More than a million species have been identified and named, but authorities estimate there are from three to 30 million yet to be named, and he was a pioneer in this field. Insects are fascinating and valuable components of almost all ecosystems, but they can also do great damage to plants and transmit diseases in humans. Systematics is basic to all our work in entomology. You have to know which species you’re dealing with, and Dr. Ross’s work was very important.”

Ross’s son Charles, and his wife, June, live in Bellingham, Wash., the home of Western Washington University. Charles was a faculty member in geology and paleobiology at WWU and later worked in oil exploration. June, a biologist and former chair of the WWU biology department, did post-doctoral work at UGA in the late 1960s, working with professor Wyatt Anderson.

Noblet says the couple wanted to create the endowment to honor Herbert Ross and to strengthen entomology department’s expertise in systematics, which has been an area of emphasis for the department since it was started in 1955 as part of UGA’s College of Arts and Sciences. It was transferred to the College of Agricultural and Environmental Sciences in 1996. When established, the endowment will be able to be used for several purposes, including support for graduate assistants, salaries, underwriting course development, purchase of lab equipment or travel assistance.

In addition to his expertise in systematics, Herbert Ross was also well known for his work in evolutionary theory, community ecology and biogeography. He served as president of the Entomological Society of America, the Society for the Study of Evolution and the Society of Systematic Zoology. He was a review panelist for the National Science Foundation and was a member of 16 scientific societies.

Josef Broder, interim dean and director of the College of Agricultural and Environmental Sciences, says the college is “greatly indebted to the vision and generosity of the Ross family. Through this endowment the entomology department can build upon the many scholarly contributions of Dr. Ross.”

The endowment is the second memorial for Ross in the entomology department. The Herbert Ross Memorial Fund, which was established in 1982 with gifts from Charles and June Ross and other family members, now totals about $85,000.