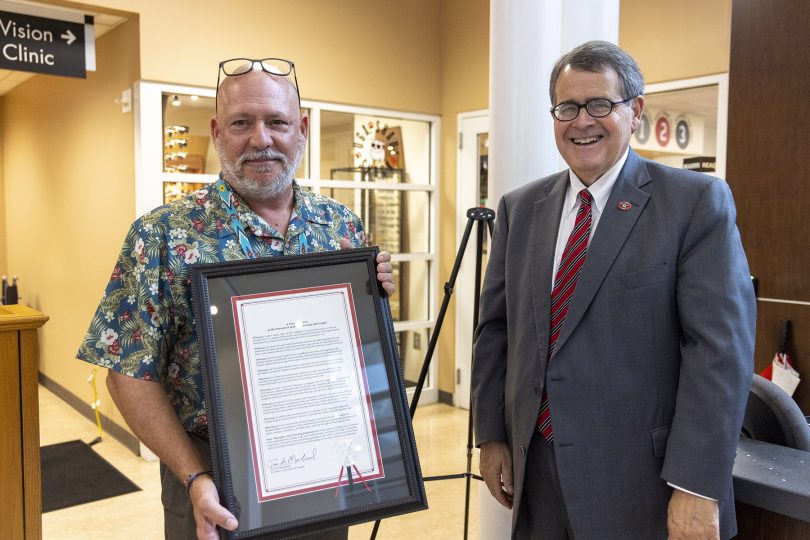 Garth Russo thought he would retire in 2019. But personnel changes at the University Health Center and then the COVID-19 pandemic put those plans on hold until the end of June.

“Retirement became a kind of carrot,” he said. “Things are easier when you have an endpoint. I know what that endpoint is, and I can pace myself relative to that.”

Russo, executive director of the UHC, started his career there in 1991 as a staff physician, following his wife, Natalie, who began working at the UHC in 1988 and has since retired. In January 2018, he became medical director. Later he served as interim executive director upon Dr. Jean Chin’s retirement before taking that role on full time.

The past 18 months have been what Russo called a “unique opportunity” to learn several lessons. The first is to learn to be extremely fluid in how to do the work itself. During the height of the pandemic, the UHC conducted most of its services outside under tents or via telehealth appointments. Pharmacists delivered prescriptions to the building’s front door to minimize the number of people inside.

The second lesson was to the get outside the box. One way Russo did that was by leading the Medical Oversight Task Force—something he’d never done before. 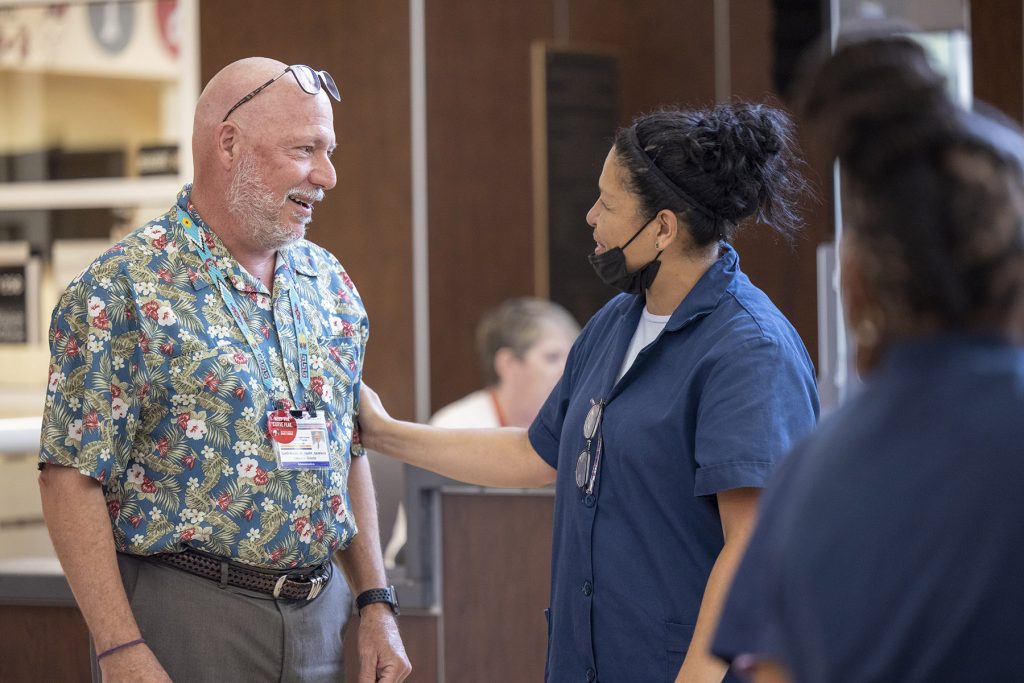 Friends and colleagues came out to celebrate Dr. Garth Russo’s 30 years with the University Health Center. (Photo by Dorothy Kozlowski/UGA)

“You’ve got to be able and willing to change the way you do things, but you also have to get outside of your own box and think about doing things that you don’t typically do,” he said.

The third lesson was understanding one’s role as part of a community.

“I think we take for granted and sometimes lose perspective on how connected we really are,” Russo said. “So, the lesson is to really appreciate how blessed we are, in general, and to appreciate the influence that each of us has on one another.”

Russo spent the past three years “purposefully and intentionally” working on the UHC’s organizational structure to ensure that institutional knowledge is passed on and that employees have more training and opportunities. He said he’s leaving behind a facility that is sufficiently flexible and growth-oriented to transition as needed without a loss of performance.

“We’ve really been able to demonstrate to the university campus at large just exactly how well we can do what we do,” Russo said. “We’ve never had a lens put on us like it’s been on us this past year. We see ourselves differently and in a better way. We see ourselves framed in a more important role.”

The UHC met the challenges posed by the COVID-19 pandemic head on and created change that will last. Informatics has always been an interest of Russo’s, so the center was already well ahead of pace on telehealth and electronic records. In fact, the gynecology clinic was the first at the UHC to transition to telehealth and built that capacity to nearly the same as its regular, walk-in capacity. Similarly, UHC directors thought the top capacity for patients per day was 500, but they ramped it up to give 1,000 vaccines each day. 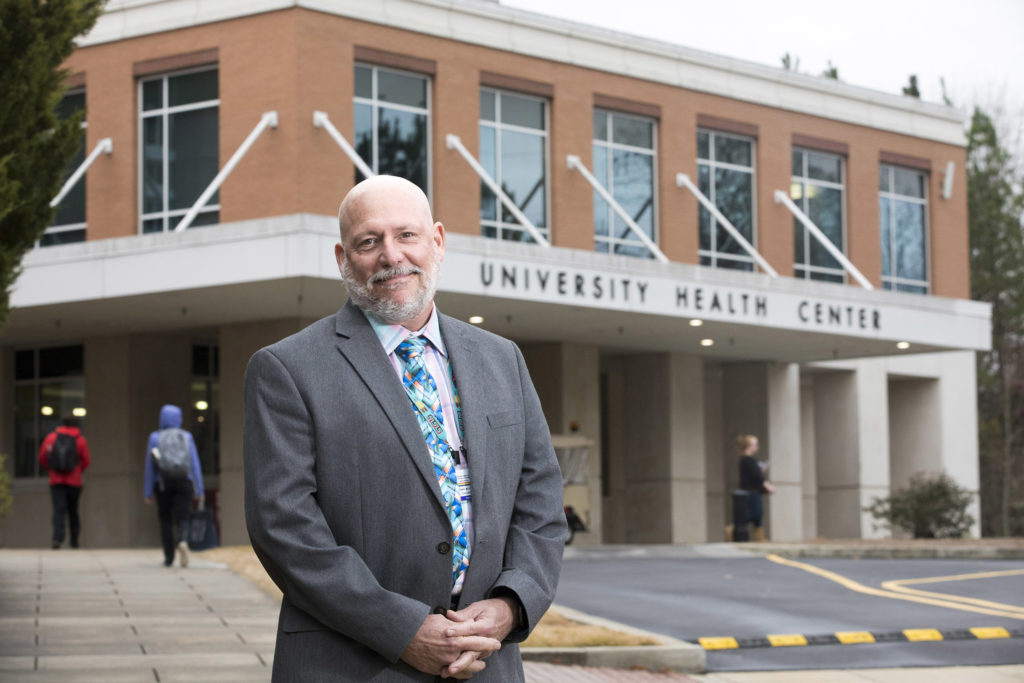 Garth Russo began working at the University Health Center in 1991 and took over as executive director in 2019. (Photo by Dorothy Kozlowsk/UGA)

“Two big things that changed was our ability to adjust the volume and our ability to apply technology in ways that help efficiency without loss of quality service,” he said. “There are probably hundreds of circumstances like that where having to figure out a different way to do something will benefit us in perpetuity going forward.”

Russo said his most rewarding experiences have been building things. Russo, who has a biomedical engineering background, built UHC’s electronic records system and helped lead the shift from a walk-in health care model to a more appointed, primary care model. But he said he’s also built his own skillsets and discovered abilities he didn’t know he had.

“You know, I can honestly say I feel as though I’ve done my very best. And when you can say that, it’s really rewarding,” he said. “Whether it’s as good as it could be or not, it doesn’t matter. As long as you’re doing the best you can do, that’s really what matters.”

Russo said he hopes people “will remember me as a person who sees things in a can-do way.” He said he hopes his biggest influence has been on the UHC’s organizational structure.

Russo believes the UHC is in a growth mode, and he hopes to see that continue with the building of mental health and behavioral health resources to create a “network of care around wellness and well-being.”

In his retirement, Russo plans to spend time on his favorite hobbies—sailing, traveling and gardening. He said he still has lots left to do, but he also wants to spend time on reflection and getting reacquainted with himself.

“It’s been a pleasure to serve students,” he said. “It’s a wonderful time of life, and it’s an honor to be able to provide care, to help them and to watch them grow. I can’t imagine a better population to serve.”