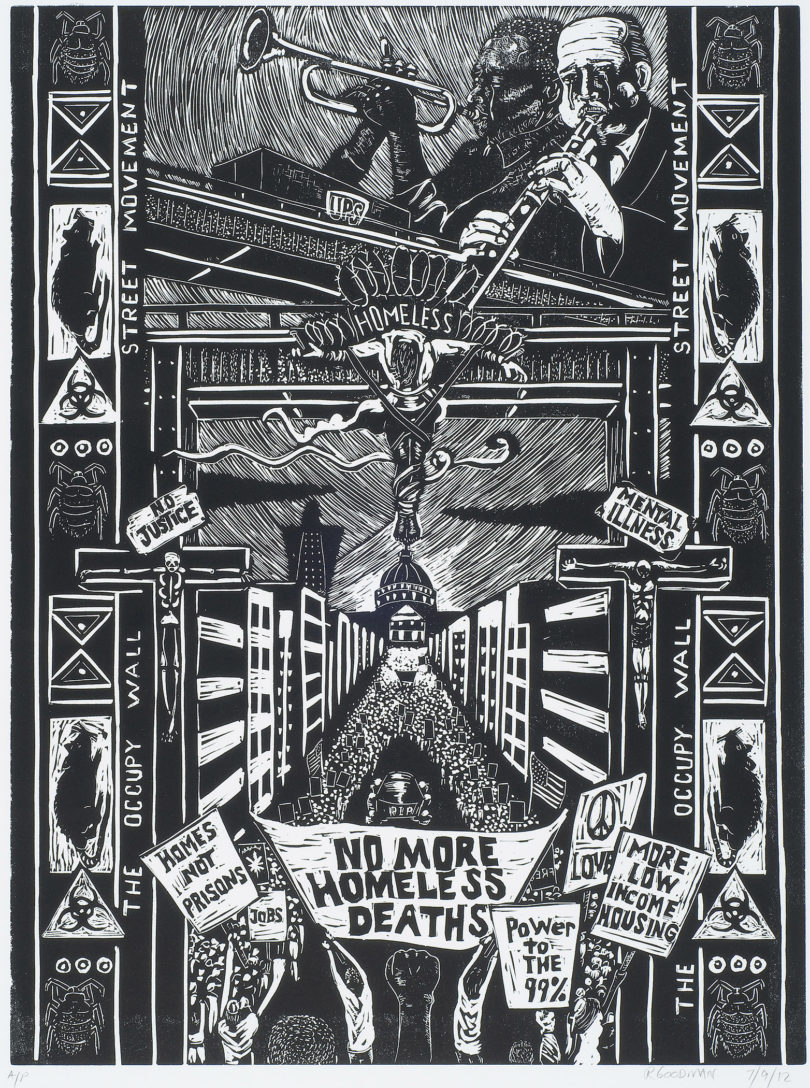 The Georgia Museum of Art is presenting the exhibition Art Hazelwood and Ronnie Goodman: Speaking to the Issues through Sept. 13. Organized by museum director William U. Eiland, the exhibition focuses on homelessness, poverty, war, corruption and violence. It speaks to contemporary headlines with prints titled “Black Lives Matter” and “Parade of Global Warming Deniers.”

Goodman, born and raised in San Francisco, had a troubled youth and lived on the streets before being convicted of burglary. During his incarceration, he attended the San Quentin Art in Correction Program taught by Hazelwood. Since completing his sentence, he has remained homeless but continues to make art, obtaining his materials through Hospitality House, a San Francisco homeless resource center, and working in a friend’s studio space. Goodman is also a distance runner and credits that practice with helping him stay sober.

Hazelwood studied at the University of California at Santa Cruz and traveled to Asia after graduation. He lived in Vienna to focus on his art and eventually settled in San Francisco. Although his art already was overtly political, it became even more so as he made screen prints for Street Sheet, a San Francisco newspaper focused on homelessness. Hazelwood also has created work for the Western Regional Advocacy Program, which distributes it under a Creative Commons license.