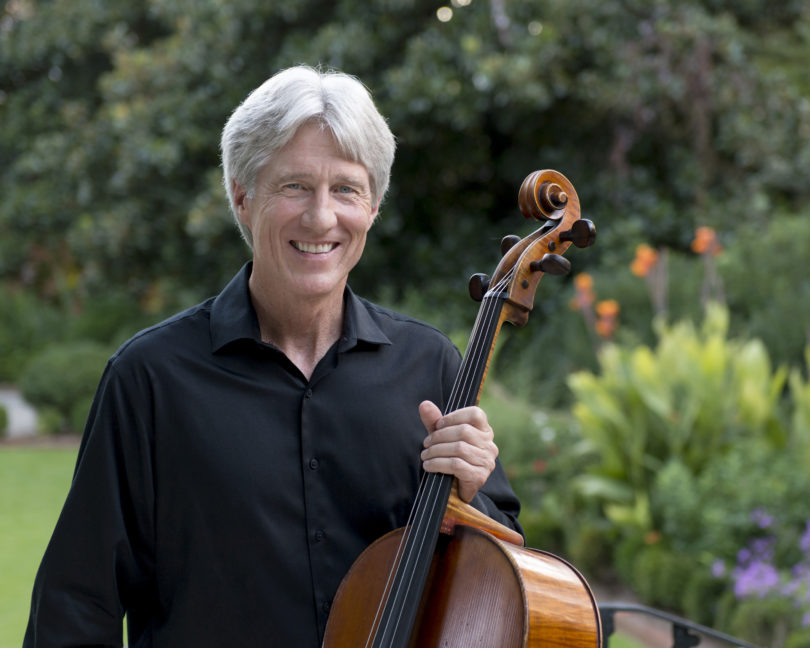 Cellist David Starkweather will perform a variety of musical works on Nov. 25 at the last Faculty Artist Series concert of 2019. (Photo by Franklin Green)

The Hugh Hodgson School of Music presents its final Faculty Artist Series concert of 2019 with a performance by cellist David Starkweather on Nov. 25 at 7:30 p.m. in Ramsey Hall in the UGA Performing Arts Center.

Appearing with Starkweather will be faculty pianist Damon Denton and tenor and associate professor of music Gregory Broughton. The program includes music by 18th-century composer Louis Francoeur, a set of pieces titled “From Jewish Life” by Ernest Bloch, three traditional African-American spirituals featuring Broughton and the monumental sonata for cello and piano by Sergei Rachmaninoff.

“The cello has an expressive quality that can find a poignant and touching character, and the melodies of this concert might easily make one think of the human voice, so it is fascinating and inspiring to collaborate with the fantastic tenor voice and expressiveness of Gregory Broughton,” said Starkweather.

The Francoeur  piece is an arrangement for cello from a violin sonata, widely known among cellists for its brilliant and fast movement. The three pieces by Bloch, titled “Prayer,” “Supplication” and “Jewish Song,” form a soulful trilogy of Hebraic lament and expression.

The three spirituals sung by Broughton were arranged for tenor, cello and piano by Marvin Curtis.

“They provide a lovely setting for the rich combination of the tenor voice with cello in [their] settings,” said Starkweather.

Audiences will recognize these famous spirituals, such as “Balm in Gilead.”

Ending the program will be the endearing cello sonata of Rachmaninoff, which was his last chamber work (1901) and one of the first results of successful hypnotherapy curing his three-year long inability to compose.

Tickets for the concerts are $12 for adults and $3 for students. They can be purchased by calling 706-542-4400, online at pac.uga.edu/event/faculty-artist-david-starkweather-cello/ or at the box office prior to the concert.